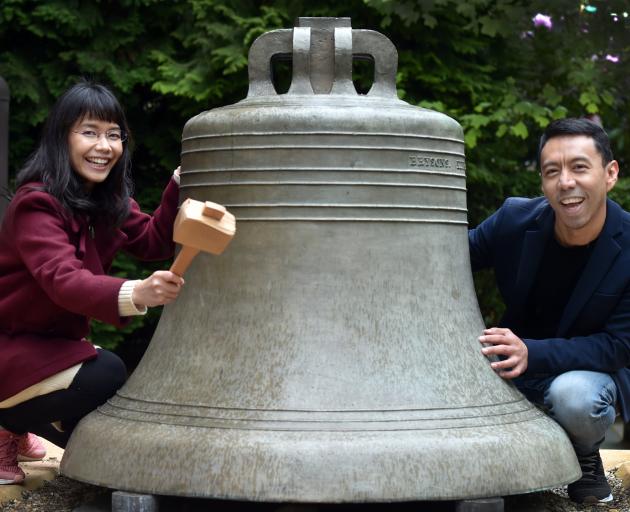 It was 23 years ago that the couple, now both 41, met as students in their first year of science-related studies at Prince of Songkla University in southern Thailand.

They have since done many things together, but their greatest "double act" has been completing University of Otago PhD theses in science communication, which they handed in last week.

They return to Thailand today and will later take their oral examinations by video link.

After first meeting, the couple completed two university degrees in Thailand, before travelling to Otago on scholarships four years ago.

Their respective research focuses on different aspects of a Thai government-funded outreach programme, to boost science awareness in rural areas.

After handing in their written work, the couple celebrated by ringing Otago’s academic bell, a custom marking the handing in of a finished thesis.

They will return to jobs at the National Science Museum, in Bangkok, where they have previously long worked.

Writing up thesis work had been challenging not only because it was in English — not their mother tongue — but also because they had to use academic English, which was even less familiar, Mr Sripaoraya said.

The social science research required had also initially been unfamiliar, given

his earlier studies in biology and hers in pharmacology, he said.

They had always supported each other, and were well supported by their supervisor, Prof Nancy Longnecker.

And, after years of hard work, they have successfully completed their studies.

"It’s a big relief that I made it," her husband said.