Three new booze buses on the way for South 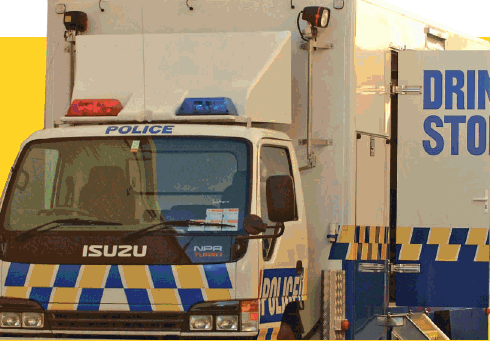 Photo: ODT files
You may not see the hulking form of the booze bus on Southern roads much these days, but that does not mean you will not feel the consequences if you get behind the wheel after a few too many.

Three new booze buses will arrive in the South this year, and police have upped the ante in targeting those driving drunk, driving while tired, or under the influence of drugs.

Southern police came under fire from one of their own earlier this year when former road policing inspector Andrew Burns said the top management had shifted attention away from road policing, leading to an increase in serious and fatal crashes.

It followed a horror 2020 on Otago roads, involving 25 deaths.

He was particularly concerned about how little the Southern booze bus, stationed in Alexandra, was deployed.

It is believed to have only been used in Dunedin once last year.

But police say they are still cracking down on dodgy drivers, albeit in a slightly different way.

"The way we’re deploying now is smarter, in the respect of not just trying to put a whole lot of people through a check point," he said.

"We’re just trying to create that deterrence through the likelihood of being caught."

That team was already having an impact.

It was out at all times of the day, every day, and was therefore catching people during what would not normally be considered peak times.

For example, two drink-drivers were caught before 11am yesterday.

"Quite a few of the public we pull over will question us as to why we’re doing breath testing in the morning, but the sad fact is that we’re actually getting people in the morning."

Police were still conducting large check points where they tested a lot of people.

But they were complementing those with other tactics, such as "short, sharp" check points in several different locations and random traffic stops.

"We’re trying to broaden the tactics so it’s going to increase the likelihood of being caught, but also looking at the prevention we can do.

While the booze bus was barely used in Dunedin last year, a similar-looking police vehicle was used at several check points and would likely have had the same deterrence effect on motorists, he said.

But the art of the booze bus operation has not been lost.

In fact, the South is getting three new vehicles to replace the one in Alexandra.

The vehicles will be more modern and fit for purpose, and, unlike the old one, will not require staff to hold a heavy transport licence.

There would be three based around the South, including one in Dunedin.