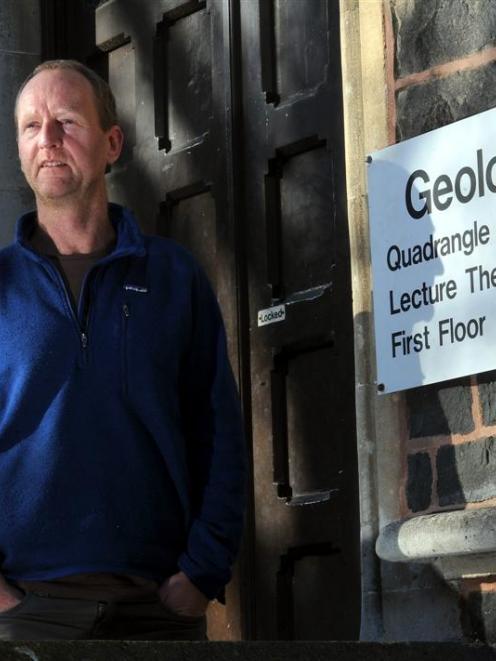 Department of geology head Prof David Prior said the university began advertising the position about a week ago after a successful fundraising effort to pay for the position.

The successful applicant would co-ordinate and advance earthquake research at the university and raise awareness about earthquake science, Prof Prior said.

They would also need to have ''a very high international research profile''. As with the chair in neurosurgery, the position would also be about raising money for new research, he said.

The idea of establishing the position pre-dated the Christchurch earthquakes, but they

had highlighted the importance of learning more about earthquakes.

''There were all sorts of surprises in the Christchurch events, which fundamentally go back to some of our lack of understanding of how earthquakes work.''

The acceleration of the shaking in the February 2011 quake was among them. This subject would be among those likely to be considered by the new appointee, but one question that would remain unanswered was when the big one was going occur.

''What we can't do - and I think at the moment there is nothing that is likely to change this - is to say when this is going to happen.

Prof Prior believed Dunedin's position close to the Alpine Fault, and the fact New Zealand was seismically active, would make the chair an attractive position.

''That's certainly one of the things that will hopefully sell the position as an exciting position for someone to come to.''