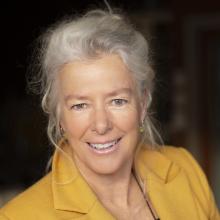 The comment came during a full council meeting in Dunedin on Wednesday at which councillors signed-off two regional transport plans.

Cr Alexa Forbes said the regional land transport plan 2021-31 showed that transport was a "poor cousin" at the council.

“We turned Garry [transport manager Garry Maloney] down when he asked for more staff."

The council needed to push transport up its priority list, particularly because it played a major part in addressing climate change, she said.

That plan received 193 submissions, and 38 groups and individuals spoke at hearings in Dunedin and Queenstown at the start of June.

Notable changes made to the plan following public feedback include a commitment from the council to investigate additional public transport services with a priority for South Otago, Upper Clutha and Waikouaiti to Dunedin.

Pets will also be allowed on the council’s Orbus network buses with some restrictions.

They will be allowed on scheduled weekday services between 9am and 3pm, after 6.30pm, and all day on weekends. Pets must also be transported in a carrier.

The council will also investigate how to improve access to more hoist-equipped vehicles for its Total Mobility service.

Cr Michael Deaker, who sat on the hearing panel for the public transport plan, raised the Dunedin City Council’s well-known desire to take over the bus service.

He said the city council needed to be "realistic" about what is should cost to park a vehicle in the centre city for a day.

If parking costs increased, more people might then take the bus, he said.

Cr Deaker, along with other councillors, acknowledged that there was a disconnect between the two councils when it came to public transport.

Councillors agreed to direct chairman Andrew Noone and chief executive Sarah Gardner to have a discussion to Dunedin Mayor Aaron Hawkins and the city council chief executive Sandy Graham about public transport issues.