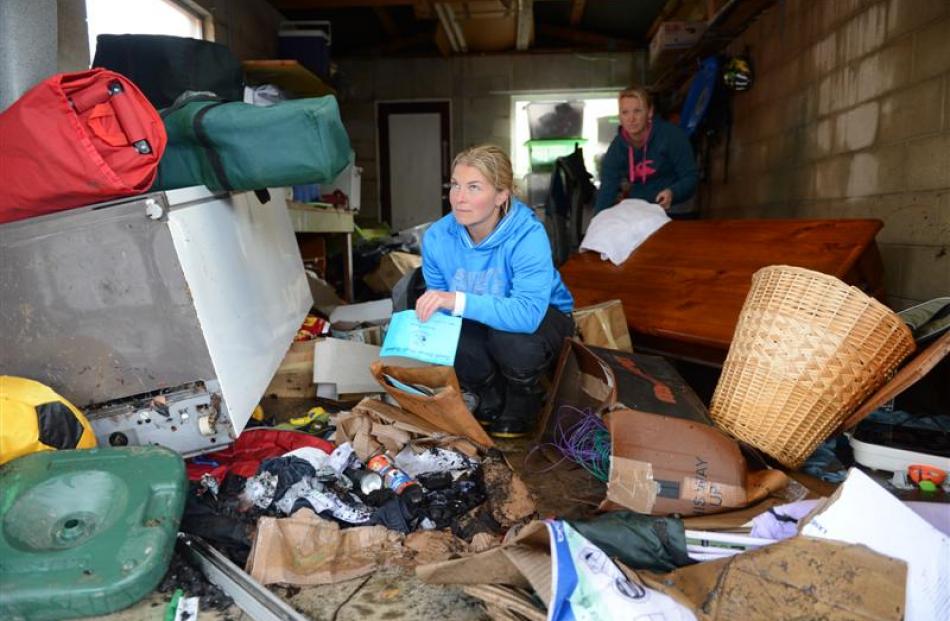 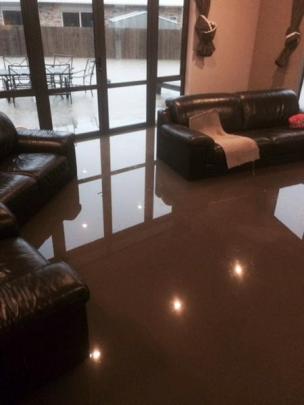 When Anna Bartlett evacuated her flooded Kinmont Park home on Wednesday she saw her fridge floating in a metre of water.

Every room in the house she shared with her two children, aged 3 and 8, was ''sodden'' and the water level reached the mattresses in the bedrooms.

The house was insured, but she was in tears as she surveyed the damage yesterday.

The insurance could not replace treasured items, such as family photographs and baby books.

''That's all my old school reports,'' she said pointing at a saturated folder in the garden.

With the help of friends, she filled a skip bin with damaged property yesterday.

She had spoken to her insurance company but did not know when an assessor would visit.

She feared it would be some time before her family could return to the house.

She said the water in her lounge had been 25cm deep.

Her house was near a farm block, and the floodwaters in the house contained sheep and cattle faeces.

''The worst part for us was the cars driving past and pushing waves through the house,'' Mrs Bird said.