Tribute to fallen on Ride of Respect (+ video) 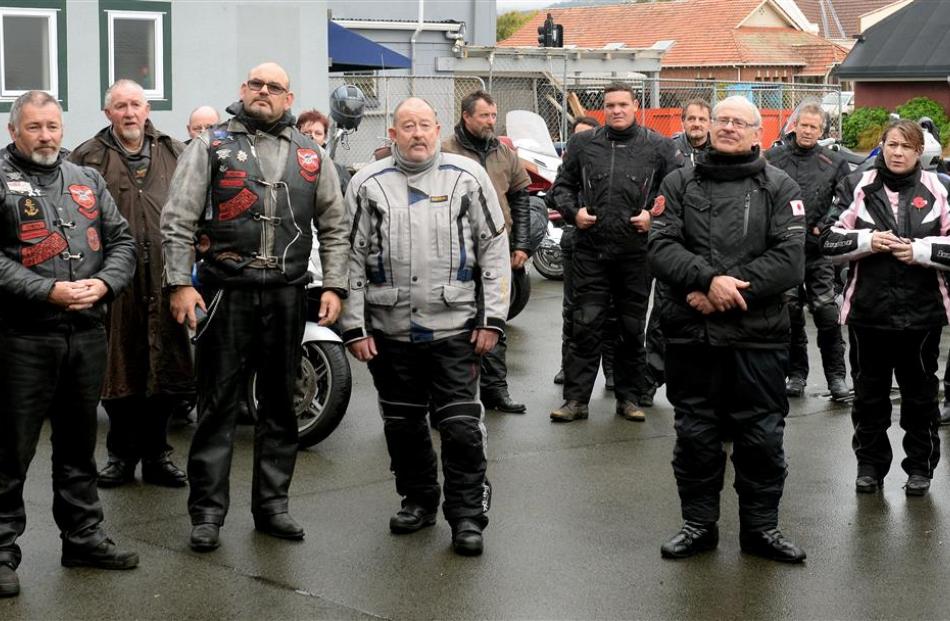 Some of the about 30 motorcyclists ready to leave Montecillo Veterans’ Home and Hospital on the Ride of Respect on Saturday. Photos by Linda Robertson. 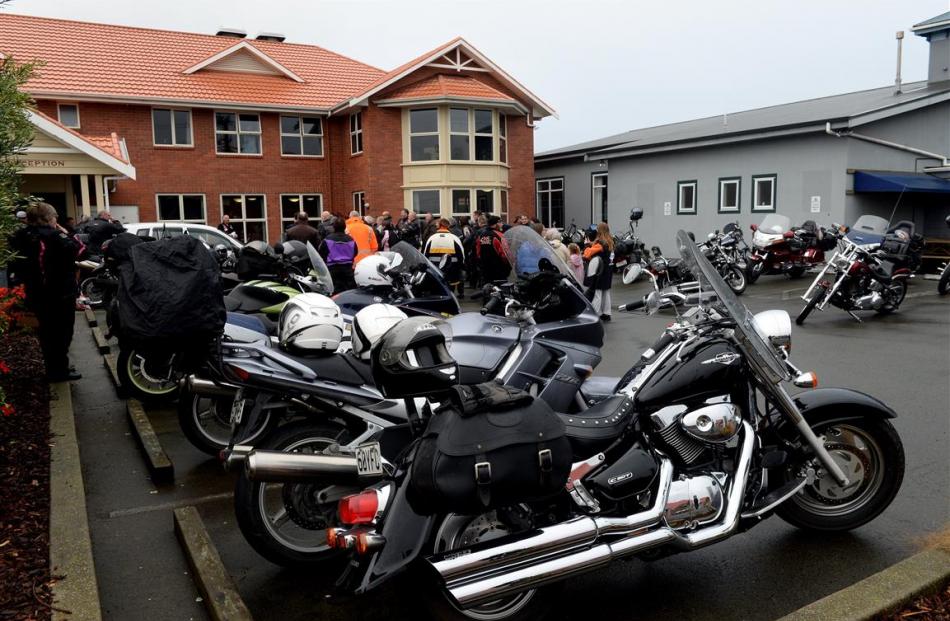 Gleaming motorcycles are lined up at Montecillo. 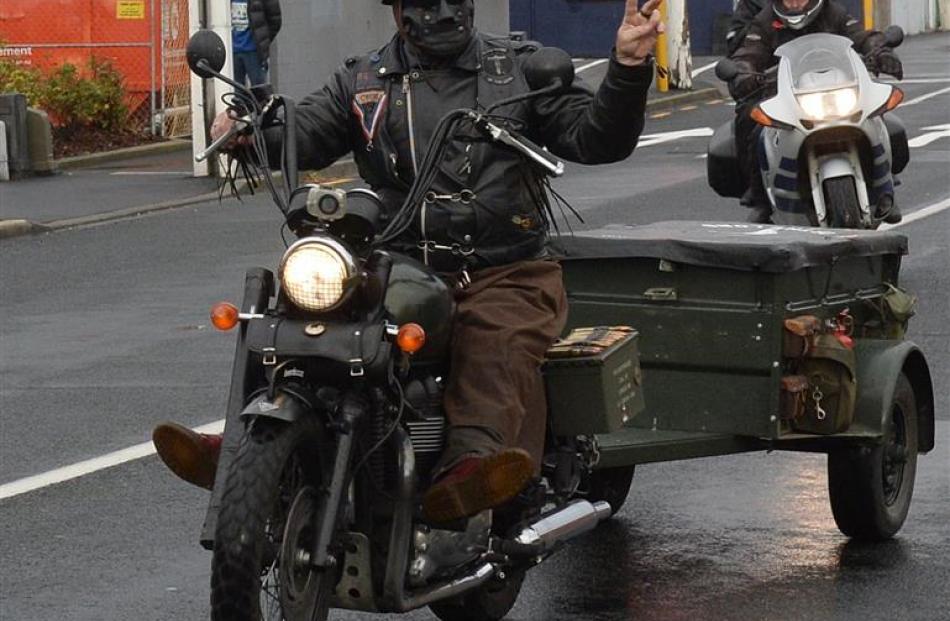 David "Croz" Crosbie sets off on the Ride of Respect.

Harley-Davidsons, Triumphs and an assortment of other motorcycles hit the streets of Otago and Southland on Saturday with riders raising funds for the RSA and paying respect to "fallen soldiers''.

The annual Ride of Respect drew about 30 motorcycle enthusiasts to Montecillo Veterans' Home and Hospital on Saturday for the start of a journey from Dunedin to Balclutha, Gore, Invercargill, Queenstown and Cromwell, where the group overnighted before moving on to Alexandra.

They picked up more motorcyclists along the way and by the time the group got to Alexandra, for an RSA wreath-laying ceremony at 11am yesterday, there were 62 riders involved, compared with 99 last year.

This year $1448.50c was raised, to be split three ways between the RSAs of Dunedin, Alexandra and Invercargill.

"It's about raising awareness for the RSA and everything they stand for.

"Last year was the first. It was the test and it was just brilliant.

"They [RSA members] were just about in tears [last year].

"They don't get this sort of charity,'' Mr Scorringe said.

It was a great social ride, too, and because it was not run by one club, it had a range of people from different backgrounds involved, including ex-servicemen, he said.

The ride was one of about 14 in New Zealand over the weekend.

The first ride was about 10 years ago in the United Kingdom, Mr Scorringe said.

David "Croz'' Crosbie, of Dunedin, was looking forward to it.

He also had an authentic 1945 World War 2 army helmet.

"It's just a great cause.

"A lot of old guys will come out and they will come over to this [bike] as it reminds them of the old days.

"My money is going to the right place,'' Mr Crosbie said.

Dunedin RSA president Lox Kellas said it was a "great effort'' by the group.

"We're grateful to receive donations as it allows us to carry on our work.

"We just appreciate the efforts on behalf of the veterans' community,'' he said.