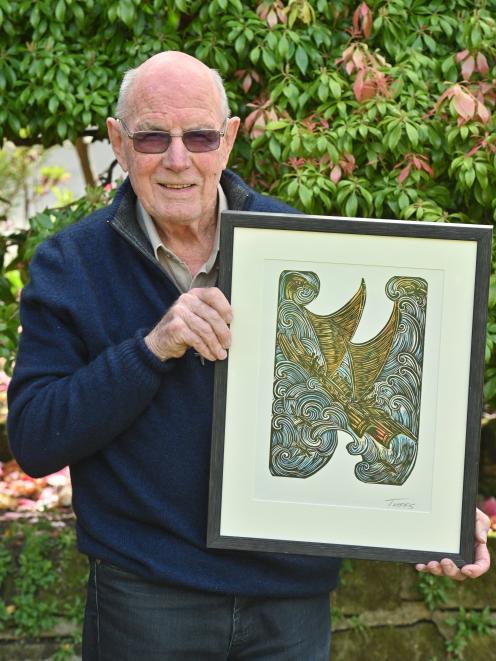 The "Bill kind of wisdom" he offers will not be easily replaced, the trust says.

A retirement function was held for him at the Glenfalloch Woodland Garden on Friday, where he was presented with a custom-made artwork by artist Michel Tuffery that incorporated an albatross, penguin and waka.

Mr Dawson (88) first saw the peninsula in 1934 and while he did not remember much from that childhood visit, more than 30 years later he would return and help form its trust.

He was one of a small group of Jaycees who wanted to revitalise Dunedin, which was "in the doldrums" in the 1960s.

Initial plans to create a "Disneyland" proved unrealistic and the focus turned to developing tourist attractions and recreational areas, and preserving the peninsula’s natural attractions — along with the purchase of Glenfalloch gardens.

Reflecting on his time with the trust, Mr Dawson said he was particularly "proud" of the admission of the public to the Albatross Colony, and the formation of the Yellow-eyed Penguin Trust by some of its board members.

"The trust achieved a lot of things despite most people thinking we were mad," he said.

But the time was right to retire.

As for now, Mr Dawson said he planned to "retire gracefully" at his home, which overlooks the peninsula, with his wife, Marion Dawson.

Trust chief executive Robyn McDonald said Mr Dawson was often called on for advice and guidance, which he offered with a special "Bill kind of wisdom".

"We are so grateful to have had Bill.

"[He] has our trust history, culture and relationships in his head. That will be very hard to replace; he will be sorely missed day to day."

Mr Dawson has been made a patron of the trust’s board.