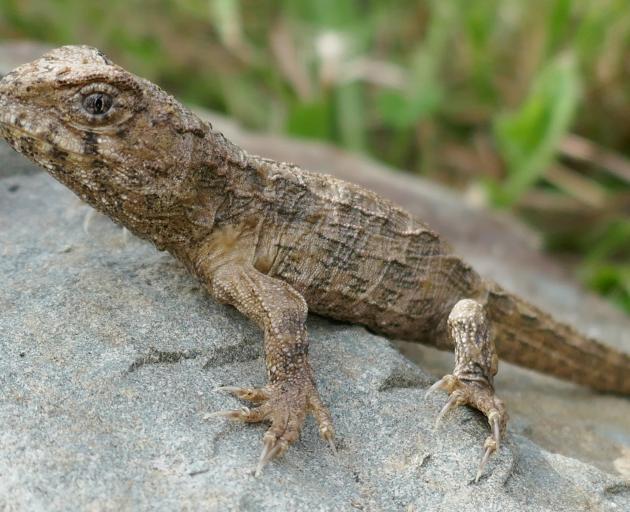 One of the hatchling tuatara, which has already lost the shell-breaker from its snout. Photo credit: Alison Cree
Two tuatara hatchlings have been sighted at Orokonaui Ecosanctuary - possibly the South Island's first in several centuries.

University of Otago researchers sighted the tuatara hatchlings earlier this year, the first to be seen since adult tuatara were released into the ecosanctuary in 2012.

While hatchlings have been reported in fenced North Island ecosanctuaries, these hatchlings may be the first as part of a viable tuatara population in the South Island for several hundred years.

The hatchlings at Orokonui were found under small strips of roofing material by Jade Christiansen, an undergraduate student working on a Te Ngaru Paewhenua: Māori and Pacific Science Summer Studentship at the University of Otago.

Professor Alison Cree, of Otago’s Department of Zoology, leads the research group that has been researching the tuatara population for over seven years.

A recent Masters student, Jemima Gardiner-Rodden, had been monitoring the nest for over 16 months.

Ms Gardiner-Rodden said these hatchlings are likely female due to the long duration of incubation in the nest and the relatively cool soil temperatures. Nest temperatures are known to determine the sex of developing tuatara embryos.

Further evidence at the nest such as empty eggshells with distinctive splits suggests there may also be additional hatchlings from this clutch. Female tuatara nest only every few years and average-sized females lay a clutch of about nine eggs.

Orokonui Ecosanctuary’s Conservation Manager Elton Smith says this discovery is yet another significant biodiversity outcome for the sanctuary.

"This success can be directly attributed to our fence that excludes all introduced mammals [other than perhaps mice] that would otherwise predate upon the tuatara,” Mr Smith says.

Professor Cree says that evidence of offspring being produced is an important stage to reach when re-establishing a viable population, and that a breeding population at Orokonui could be a valuable contribution to protecting the survival of this taonga species in the global climate emergency.

“We’ve been excited to see tuatara surviving and growing, and we’ve long suspected that hatching was occurring based on indirect evidence, including split eggshells,” Professor Cree says.

“But this is the first direct evidence for the entire cycle through to hatching, from egg-yolk production onwards in the mother’s body, taking place at Orokonui.”

Nelson-based Ngāti Koata are kaitiaki (guardians) for the source population of tuatara for Orokonui, and Kāti Huirapa Rūnaka ki Puketeraki as mana whenua are tangata tiaki for the ecosanctuary.

“We’re thrilled for tuatara, for Orokonui and for our iwi partners who’ve been so supportive of this project,” Professor Cree says.

Orokonui Ecosanctuary is currently closed due to Covid-19 but staff are still carrying out essential tasks. 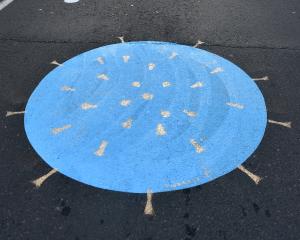