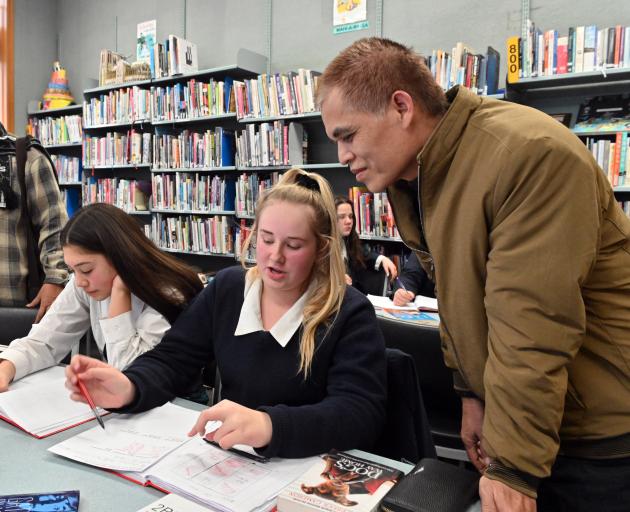 The pair are in Dunedin as part of a reciprocal visit after Otago Girls' High School teachers Lisa Taylor and Nicola Chapman visited Jakarta earlier this year to get an ''up close and personal'' lesson about Islam and Indonesia's education system.

Indonesia has the largest Muslim population in the world. Nearly 90% of its 264million people are followers of Islam.

Mr Nurochman said the globe was much more accessible than it was 50 years ago and it was important for Indonesian teachers and pupils to experience the education, life and culture of other countries so they could understand the differences and similarities of life outside Jakarta.

''Understanding the culture and how they adjust their living outside their own culture is important.''

The pair said their ties with New Zealand had been ''tightened'' by their visit to Dunedin and they were delighted to have found new ''brothers and sisters''.

The exchange is part of the Global Schools Partnership Project which aims to build connections between pupils in Asia and New Zealand.

It is a collaboration between Asia New Zealand Foundation Te Whitau Tuhono and the Southeast Asia Centre of Asia-Pacific Excellence (Sea Cape).

Sea Cape director Prof Siah Hwee Ang said the group would maintain an ongoing relationship by making the most of digital technologies to connect their classrooms.

''The ability to connect across cultures, to understand issues from a global perspective or different perspectives, is vital for young people in today's world.''