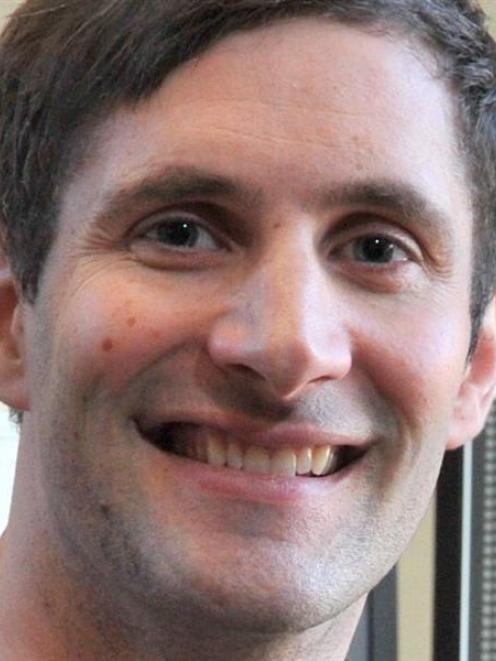 <p style="margin-bottom: 0cm" class="western"> Dean Hall. </p>
A star video-game developer has pulled back from slamming Gigatown as ''a joke'', but says delays accessing high-speed internet have held back plans for expansion in Dunedin.

Dean Hall, originally of Oamaru, slammed Gigatown on social media on Monday after his gaming studio, RocketWerkz, remained unconnected to ultra-fast broadband (UFB) three months after setting up in Dunedin.

Mr Hall has ambitious plans for the studio, which also has an office in London.

He set up here following the massive success of his last game, DayZ, which he said made more than $100 million.

After speaking to Chorus, the Dunedin City Council and his provider, Snap Internet, following his ''little meltdown on Twitter'' in which he called Dunedin's Gigatown win a ''total joke'', Mr Hall retreated from his comments when he spoke to the Otago Daily Times yesterday, saying he was now receiving help getting connected to UFB.

However, delays getting his Dunedin studio in Dowling St connected to UFB had limited his ability to take on extra staff.

''We have got enough money to last us for ages. We just need internet.''

The studio's four full-time staff in Dunedin were using neighbour Animation Research Ltd's connection, but that was not fast enough.

It had also been a struggle to find a suitable building in Dunedin to house the studio.

In the meantime, development of a multimillion-dollar game originally intended to be made in Dunedin was instead being done by his 25-strong London team.

Included in the four games Mr Hall has planned is a ''very big game'' with a $20 million budget.

He said he was in ''late-stage negotiations'' to find an external partner to help fund the project.

''I would love to make that here, but there would be a lot of change that would need to happen for that.''

A multiplayer online game was being developed in London by staff including a concept artist who worked on the movie Gravity, while the Dunedin team was working on a smaller project inspired by the cult television show The Wire.

Mr Hall was impressed with how the project in Dunedin was going and, despite setbacks, was committed to building the studio here, saying he was ''sick'' of being based in Europe.

''I was going to head straight back to London, but on the strength of how things have been going I am going to stay on [in Dunedin] a bit longer.''

The game was smaller than the project being worked on in London, which was likely to be a trend that continued as the Dunedin office expanded - the Dunedin studio would be more focused on junior staff.

Another Dunedin project could be a virtual reality game.

He had designs on moving into the Jade building on Dunedin's waterfront and once that was connected to fibre - hopefully within a couple of months - the studio could begin to expand to meet his vision.

After that, a long-term plan was to set up a studio in Queenstown, which he saw as a more attractive proposition for senior staff from around the globe.

Mr Hall questioned New Zealand's strategy when it came to the rollout of high speed internet and the priority given to schools.

Instead, it was what youngsters did on the internet at home which was really important and where the next massive success was going to come from.

He also questioned why building a second internet cable linking New Zealand to the world had not been given a higher priority.

''New Zealand needs to decide, and Dunedin as well, is this something we want to do?

''And if we do, we need to have a serious strategy for it.''

If the right strategy was adopted, there was money to be made.

''I could have insisted that DayZ be developed in Dunedin. We spent a few million and made $100 million. That's $33 million of tax money that could have flowed into the country.''

A Chorus spokesman said it had been made aware of Mr Hall's issues and was ''actively working with him to get his business connected''.

''Dean is currently looking at a site in Dunedin, and we have advised him the site can get UFB installed and he will now place an order with his internet service provider.''