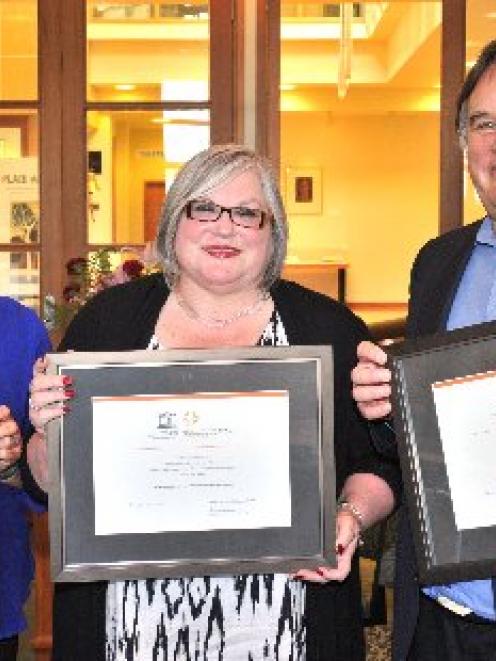 The Hocken Library collection was recognised at a function held at the library yesterday.

All three took their place on the Unesco Memory of the World New Zealand register of documentary heritage, joining other items such as the Treaty of Waitangi and the 1893 Women's Suffrage Petition.

Hocken librarian Sharon Dell said it and the university were ''thrilled'' to have the Charles Brasch collection recognised.

''As well as conferring a higher level of protection on this archive resource, this inscription from Unesco also enhances the Hocken's international profile,'' Ms Dell said.

Brasch had an important role in shaping the Hocken's collection of New Zealand art and was responsible for helping to develop a ''distinctive New Zealand character in our art and our literature'', she said.

Hocken curator of archives and manuscripts Anna Blackman said after Brasch's literary and personal archive was opened at the Hocken in 2003 - 30 years after his death - the significance of his legacy began to be appreciated.

''We are very fortunate that the Hocken holds such a substantial collection - 25 linear metres of his personal letters and archives,'' she said.

In accepting the inscription from Unesco for the original score and lyrics of God Defend New Zealand, Auckland City Libraries librarian Iain Sharp said it was fitting the event was held in Dunedin, given he believed the national anthem was the ''first entry in the Dunedin Sound''.

''It was in Dunedin that the story of the national anthem began, with local poet and newspaper man Thomas Bracken in 1876 writing the words to God Defend New Zealand and arranging a competition for the best accompanying work,'' Mr Sharp said.

Team leader at the Auckland Museum Library Theresa Graham said it was ''very proud to care for'' the Sir Edmund Hillary Archive.

She also read a statement from Sarah Hillary saying: ''We are tremendously honoured that our father's archive would be considered such a treasure to New Zealand.''