University's library up with the best 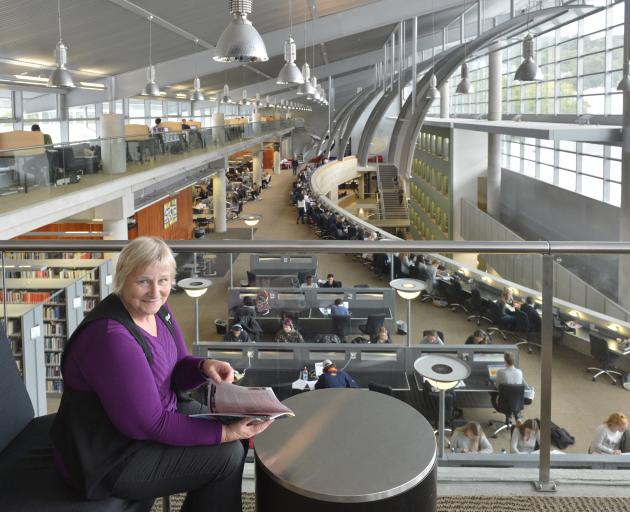 The list, compiled by internet news site BuzzFeed, entitled, "25 Libraries Every Voracious Reader Must Visit", recognised the futuristic Tianjin Binhai Library in China as the best library in the world.

However the University of Otago library was considered better than the National Libraries of Malta and Finland, and Trinity College Library in Dublin, as well as the elaborate Royal Portuguese Reading Room, which also made the top 25.

Associate librarian Maureen Miller said it was great for the university to be recognised for having such a good learning resource - and it had made similar lists previously.

"We get them [sent through to us] periodically."

If used wisely, the library's reputation was a good marketing tool, she said.

It was an "uplifting" building for both students and staff, and could seat 2300.

Mrs Miller credited the library's popularity to both its electronic and physical learning resources, and its design.

"When they were designing it, flexibility was the key note," she said.

"[The university can] reconfigure the building as and when the need arises."

Construction of the library finished in 2002, and it had "stood the test of time", Mrs Miller said.

The corral seating had always been a popular place for students to hunker down to study.

The second-best library in the world was considered to be the National Library of Belarus, and the Bishan Public Library, in Singapore, was third.

Fourth and fifth places went to the 438-year-old Library of El Escorial, in Spain, and the Oxford University Queen's College Library in England.