Use of alcohol or drugs by teenagers doubles risk of damage 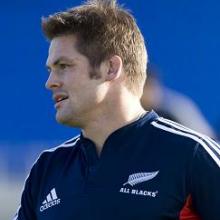 Richie McCaw
Young people using alcohol or other drugs before the age of 15 more than double the risk of damaging their adult health, research just published says.

And since the study is based on people who were teenagers in the 1980s, it is possible that long-term harm from today's teenagers' behaviour could be worse.

The study involved the Dunedin Multidisciplinary Health and Development Study at the University of Otago which has followed 1000 Dunedin-born people since the early 1970s.

It found that young people exposed to drugs and alcohol before 15 were two to three times more likely as adults to become dependent on substances, contract sexually transmitted diseases, drop out of school, have criminal records, or have early pregnancies than those who did not have such drug use.

The research used drug-use information provided by the teenagers in the development study at ages 13 and 15 and related it to information about them at age 32.

They were classed as early-exposed adolescents if they had used alcohol or other drugs on more than two occasions.

Alcohol was the most commonly used substance, used by 10% of the study group before 15, with 5% exposed to cannabis and fewer than 2% to other inhalants or drugs.

Director of the multidisciplinary study and an author of the paper, published in Psychological Science, Prof Richie Poulton said because the reports in the study related to use in 1984 to 1987, it did not include the advent of alco-pops and anecdotal reports of increased volumes typically consumed.

"It's possible we may have underestimated the long-term effects."

The study also noted that it did not take into account the effects of other substances now used more frequently by adolescents such as ecstasy.

Another finding of the research is that about half of those who used alcohol and drugs before 15 had not shown child behaviour problems or family risk factors.

But even though they could have been regarded as being on a healthy developmental track, they were still more likely to develop substance dependence, STDs, early pregnancy, and a criminal record, although they did finish secondary school.

Prof Poulton said the study should be viewed as evidence for encouraging parents to delay the onset of use, making alcohol less available to young ones, and for more assiduous enforcement of existing laws.

He would like to see more research into effective interventions, for both supporting parents and with the adolescents themselves.

New evidence from Australia showed that using a web-based format, education could achieve a reduction in alcohol-related harm among school-aged drinkers.

Prevention education delivered through the school curriculum in age-appropriate health and development lessons was needed for all children.