A flawed  and unfair investigation resulted in an unjust censure for a Dunedin city councillor, the High Court at Dunedin has been told. 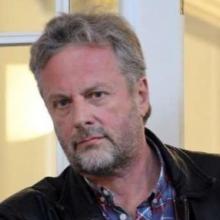 Lee Vandervis
Cr Lee Vandervis was found to have been aggressive, loud and intimidating when he challenged a Dunedin City Council staff member over a parking problem last year, but his lawyer argued he was denied a proper process and this might have hindered his ability to answer the allegations.

Lawyers for the council argued the court should not cancel the council’s censure and, if there were procedural shortcomings that led to it, the judge still had discretion to allow the decision to stand.

A staff member claimed the councillor tried to have a parking fine waived, but Cr Vandervis has consistently disputed this, arguing he was pointing out a meter was faulty and signage was wrong.

He has said the complaint against him was politically motivated.

Cr Vandervis sought a judicial review, asking for the censure to be set aside.

Counsel Len Andersen QC argued yesterday there were problems with the way Mr Benham was appointed by the council, as well as the fairness of the investigation.

Cr Vandervis did not see witness statements or the written complaint and he had no input into Mr Benham’s preliminary investigation.

Mr Benham decided a full investigation was needed, and Mr Andersen asked him if there was nothing Cr Vandervis could have said to convince him otherwise.

Mr Benham said Cr Vandervis was given ample opportunity to present his arguments during the full investigation.

Mr Andersen said Mr Benham did not proactively raise with Cr Vandervis all the elements of the case against him, but the investigator said they were discussed thoroughly.

The legal team for Mr Benham and the council argued there would need to be a clear procedural error and prejudice to justify quashing the council’s decision.

The court should not lightly reject the will of councillors, lawyers Michael Garbett and Shelley Chadwick argued.

Mr Andersen said only the council’s chief executive at the time, Sue Bidrose, was entitled to make a code of conduct complaint, but she seemed to act as a facilitator and documentation did not show she assumed responsibility for pursuing the complaint.

Asked by Mr Andersen if it was clear the staff member was making the complaint, Ms Graham said, ‘‘via the chief executive, yes’’.

In the final count, he was a close second to Aaron Hawkins in the 2019 contest.