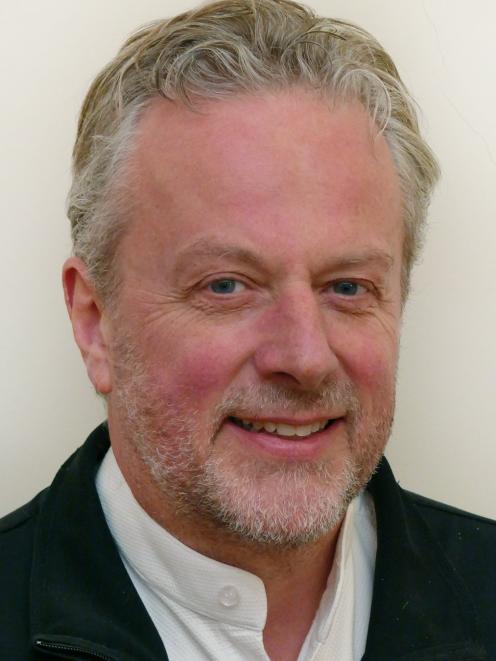 Lee Vandervis
Eleven complaints of inappropriate behaviour - including angry and threatening outbursts - have been levelled against Dunedin city councillor Lee Vandervis this term, it has been confirmed.

The incidents were disclosed by the council on Friday in response to an Otago Daily Times official information request.

The response listed 12 complaints of inappropriate behaviour involving an unnamed Dunedin city councillor as the alleged perpetrator, all logged since the start of the current council term in 2016.

The incidents were said to involve "inappropriate behaviour, angry and shouting, insulting, threatening, unsubstantiated allegations of corruption, and intimidating behaviour" by the councillor involved.

Those on the receiving end were a mixture of male and female DCC staff and members of the public interacting with the council.

The councillor involved in each incident was not named by the DCC in its response, but the ODT understands 11 of the 12 complaints centre on Cr Vandervis, who has previously been accused of such conduct by Mayor Dave Cull.

The 12th complaint, against another councillor who has not been named, was later deemed to have been without substance, the ODT understands.

Council chief executive Sue Bidrose would not be drawn on the identities of those involved yesterday, but confirmed any councillor who was the subject of a complaint was informed or cautioned their behaviour had "crossed a line".

The ODT contacted Mr Cull and 13 of the 14 city councillors yesterday, who all said they were not involved in the complaints and had not been cautioned about any conduct.

Most had specifically checked with Dr Bidrose or other council staff on Friday, after the information about complaints was released to them as well as to the ODT, to ensure they were not on the list.

Only Cr Vandervis failed to respond to a request for comment yesterday.

The information was released months after Mr Cull accused Cr Vandervis - first in emails and then publicly - of "harassment, tantamount to abuse and bullying" in his treatment of staff, particularly women.

Cr Vandervis has ignored repeated requests for comment on the issue since then, and the DCC initially refused to release information about complaints against the councillor, citing his right to privacy.

That changed when the ODT asked for information about complaints against all councillors this term.

Councillors contacted yesterday were also reluctant to discuss the identity of anyone involved, but did not want to be tarred by the allegations either.

Cr Rachel Elder was among those to speak out, saying a positive culture was "essential" for good decision-making and "bullying of any sort is out of order".

Cr Mike Lord questioned whether all the complaints were "legitimate", but then said the number of them seemed "quite serious".

"I suppose if there's multiple people complaining - that does give it a bit of validity, doesn't it?"

Mr Cull said such conduct was "simply not acceptable" and could be "destructive" both to the council and its staff, whose job it was to offer "full and frank advice" to the elected arm.

"It's very important that [councillors'] power is not abused in a way that prevents them from doing their job."

The allegations of abusive behaviour by Cr Vandervis had emerged as debate raged - initially behind closed doors - over a stalled council investigation into the merits of a unitary council, which Cr Vandervis had championed.

He had previously been stripped of voting rights in 2015, after being found to have engaged in bullying and aggressive behaviour - including shouting and swearing at Dr Bidrose - and misleading a council subcommittee.

I suggest all DCC meetings and sub committees meetings are streamed live online onto You-Tube for the sake of good order. This costs next to nothing and it would be good to have an independent record of what is going on. Nothing they discuss is a national secret- only secrets from the rate payers.

Major breach of privacy, worldwide..ratepayers can stump up for it if it's so vital..

Will the ODT be collecting the same information on all others running for council as well ?

Sounds like it is going to be a dirty campaign. Mr Vandervis appears to be a passionate advocate for ratepayers so is picking up support around the city.

When I see how much debt has accumulated and how incompetently the council has been run for years, I too want to spew.
The elitism and mob rule by the self-interested barons of our key community structures is now so apparent, a blind man can them.
We need development focused, business orientated, independent people on our councils to fix the ineptitude of the past NOT Party people pursuing ideology.

Clearly a man not fit for office.

And whom do you suggest is fit for office?, I'm interested to hear what you have to say.

"stalled council investigation" That's the real issue here. Why is this being drudged up now at election time? Why wasn't it reported on early? This sort of thing is election meddling by reporters. One of the people he was accused of harassing was Dr Bidrose, the woman who failed to deliver a unitary council report https://www.odt.co.nz/news/dunedin/dcc/dcc-silent-evidence-behind-allega... And the same woman who refused to resign over the city fleet scandal http://i.stuff.co.nz/business/industries/10456244/Dunedin-council-CEO-wo... and the same woman who just got a massive pay raise

The fact of the matter is if you want a bully that will open the council up to employment and other type of cases in the courts due to his Big mouth small man syndrome god a head vote for him, guess we all need a clown to run a circus

Exactly what sort of bullying do you think he engaged in? Cull calls emailing someone more than twice a year over the same matter bullying, no one's going to employment court over that, calm down.

Lets take. step back and ask why why why this has happened? Let me think because of stalling tactics, people not doing their jobs,. I don't know Cr Lee Vandervis, but I asked Cull last time he was running via his FB Campaig, questions on what he said he could do all on subjects he said he could do. He could not answer and stalled. IMHO it proved he was not all that and a packet of chips like he thinks he is. Cr Lee Vandervis is one of a few who ask the difficult questions as sometimes reported in the ODT and will not follow the Cull and his Green sheep. IMHO it appears the writer of this article is pro Cull and anti Cr Lee Vandervis. I'm sure I too would lose my nice calm attitude if I was always stalled not given answers. To be fair this article is one sided because you have not named all ' unnamed Dunedin city councillor' Why? if it involves an investigation then say so. As for Cull saying ' such conduct was "simply not acceptable" and could be "destructive" I say look at your own conduct in running Dunedin, you have not listened to many. Cr Lee Vandervis keep being honest and asking the questions and for facts. Why has Bidrose said nothing?

"I suppose if there's multiple people complaining - that does give it a bit of validity, doesn't it?"

Since when has the mere fact of multiple people complaining meant that those complaints are validated? As anyone dealing with customers knows, if you have to tell them no then they are very likely to complain, often embellishing the complaint to make themselves look better and the other person worse.

It is hardly surprising that frustrations come to a head, when faced with months of stalling and road blocking from officials and staff tasked with a job.
I suspect this is just part of a smear campaign as part of the up coming election. Clear bias has been noted from RNZ national news on Dunedins election also. Expect to see more of this, considering Cllr Vandervis has consistently made increasing ground in previous elections.

Dirty Politics from the green elite faction at play here. He has upset the aligators in the DCC swamp.

Apart from one comment, it appears that everyone sees the DCC for what it is and rightly ask for more openness and accountability. The city needs new thinkers to govern on the public behalf and not ones who seem to think their time in office needs memorialising with Gardens or stadia

The attempt to besmirch a sitting Councillor while not being sure of who was involved, not able to offer any concrete facts about the allegations is mischievous. Because Lee Vandervis tries to move against the set purposes of the inner power structure and is successful to some extent, that is commendable.
It is not the time to throw stones when you live in a glass house!

If Lee Vandervis lived in a glass house he would be dead from severe blood loss from al; the stones he thru,

Plain speaking trying to get things done / non PC ways and he is hated. why

Starting to get sick of the ODT (and DCC) constantly trying to make Lee Vandervis look like a monster, to the point where it makes me want to get even more people to vote for him this election.

He's only doing these outbursts because no-one else in council is taking the issues as seriously as he is, and he's constantly being pushed aside by them so the rest of council can get their own way for their little vanity projects that end up costing ratepayers.

If Lee is the only one in council that is challenging and questioning then it doesn't say much for the rest.

There has been several complains made against Mr Lee Vandervis that is clear.
Are there anymore skeletons that we should know about? A person representing this city in NZ and arround the world should not be prone to bullying behavior in Dunedin, nationally or overseas.

When you can't oppose criticism - oppose the critic! Invent Newspeak that deems being honest and direct as abuse and harassment to shift the focus away from inconveniences that were reasons of the argument in the first place.
I would vote for Mr Vandervis just because he seems to spend his mental energy to actually do his work rather than depleting it by 99% for continuous exertion of self-control which is probably otherwise required in such environments as current DCC.