Vandervis walks out of hearing 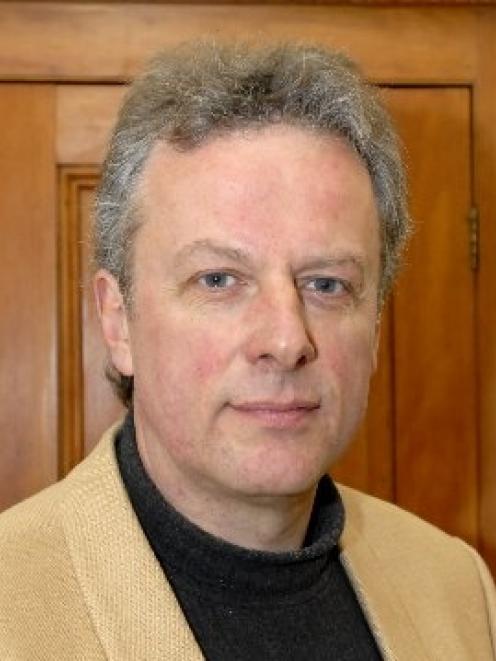 Lee Vandervis
A public hearing on new bus shelters planned for Dunedin turned into a political spat yesterday when committee member Cr Lee Vandervis criticised the process and then quit the meeting in protest.

The walkout occurred near the beginning of yesterday's meeting of the Dunedin City Council hearings committee, which was to hear from submitters who opposed plans for new glass bus shelters around the city.

It was believed to be the first time a councillor had withdrawn in such a manner, with previous withdrawals brought on by sickness or similar circumstances, committee chairman Cr Colin Weatherall said later.

Cr Vandervis - one of three committee members - began the session by grilling lawyer Michael Garbett about legal advice given to the committee that suggested it should consider only a narrow range of public concerns relating to impeded access.

Cr Vandervis was worried that precluded many of the other issues being raised by submitters, such as vandalism of the shelters, despite assurances from Cr Weatherall it did not.

Cr Vandervis also claimed the hearing's outcome had been "predetermined" because the contract to build shelters had already been let, and consultation had occurred at a politically convenient time, just before Christmas, when many people were unable to respond.

Cr Weatherall cautioned him against such suggestions, but Cr Vandervis responded by requesting an adjournment.

He then retreated to a back room with Cr Weatherall and fellow committee member Cr Andrew Noone, followed by council governance manager Sandy Graham and Mr Garbett.

The group emerged 15 minutes later and Cr Vandervis announced he would "respectfully withdraw" from the rest of the two-day hearing and deliberations that followed.

"I'm uncomfortable with continuing, given the nature of the pre-Christmas submission process, which invites broad submissions but allows the committee to decide only on narrow access considerations," he said, before packing his papers and leaving the room.

Yesterday's three-strong panel was selected by Cr Weatherall from the eight councillors on the council's wider hearings committee.

Cr Vandervis receiving $68 an hour as a hearings fee, but only for time served, Ms Graham confirmed.

Cr Vandervis remained available to sit on future hearings committees, but Cr Weatherall would not comment when asked what impact Cr Vandervis' behaviour could have on future roles.

Cr Vandervis was also reluctant to comment when contacted, saying to do so "might prejudice" the hearing still under way.

However, he reiterated his claim legal advice from Mr Garbett had to be accepted, despite Cr Weatherall's assurances the advice was only one view for the committee to consider.

His withdrawal meant Cr Vandervis missed submissions from property owners including Margaret and Ernest Diack, who objected to a shelter being added to an existing bus stop outside their Forbury Rd home.

The elderly couple, speaking through lawyer Devon Miller, argued it would reduce the value of their home, which featured an impressive fuchsia garden, and encourage more people to congregate outside, raising safety concerns when reversing from their driveway.

The council plans to build about 120 of the glass bus shelters at existing unsheltered bus stops over the next year on behalf of the Otago Regional Council, which is responsible for the city's bus services.

Objections from 48 property owners had been received, but plans for five shelters had since been withdrawn and another 12 complaints resolved, leaving 31 objections for the committee to consider.

The hearing concludes today, with deliberations and site visits to follow.