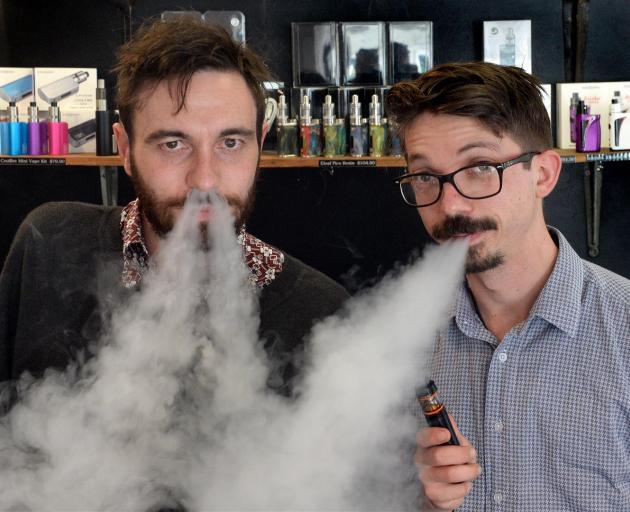 Associate Health Minister Nicky Wagner yesterday announced nicotine e-cigarettes and e-liquid would be made legal, probably mid-way through next year.

While some academics praised the announcement, Otago University's Prof Janet Hoek is worried the law change goes too far.

Allowing e-cigarettes to be sold in dairies, service stations and supermarkets would make them too freely available.

Instead, sales should be restricted to specialist stores and pharmacies where users could be given expert advice on transitioning from cigarettes to ''vaping'', Prof Hoek said.

More detail was also needed on how e-cigarettes could be marketed, to prevent companies using ''provocative themes'' likely to appeal to young people.

Other academics and Dunedin e-cigarette retailer Vapourium have welcomed the law change.

They say it will help the Government achieve its aim of making New Zealand smokefree by 2025.

Shops are at present allowed to sell e-cigarettes and e-liquid. This is made up of propylene glycol, glycerine, and flavouring and produces a vapour when heated. The vapour does not contain nicotine.

Users are able to import nicotine e-liquid for personal use and some outlets, including Vapourium in Dunedin, have buyers' clubs which allow them to legally sell it.

Vaping is not prevented in most places.

Vapourium operations manager Joseph Rennie, who is also the vice-president of the Vaping Trade Association of New Zealand, said legalisation it was positive and would encourage more smokers to quit and move to e-cigarettes.

He was, however, against the move to prohibit vaping in indoor workplaces and other areas where smoking is banned under the Smoke-free Environments Act.

''Why would you put people who are quitting smoking somewhere where they are going to be exposed to second-hand cigarette smoke?''

The Vapourium had been open for almost three years and in that time Mr Rennie had noticed a steady increase in the number of e-cigarette users.

However, the law change and trends in other parts of the world suggested a lot more cigarette smokers would transition to e-cigarettes.

He agreed with allowing e-cigarettes to be sold at dairies, saying allowing sales only at specialist stores would limit access for many smokers.

In announcing the law change, Ms Wagner said the Government was taking a cautious approach.

''This is an opportunity to see if restricted access to e-cigarettes and e-liquid can help lower our smoking rates, reduce harm and save lives,'' Ms Wagner said.

Responding to Prof Hoek's concerns, she said it was about ''finding a balance between giving smokers access to a product that does far less harm than cigarettes, and preventing non-smokers from taking up vaping and potentially forming a nicotine habit''.

The new rules for all e-cigarettes, whether or not they contain nicotine, would include:

Restricting sales to those 18 years and over.

Restricting advertising to limit the attraction of e-cigarettes to non-smokers, especially children and young people.

I think this is a time limited fad.....also I hope in years to come they don't find out it can damage lungs