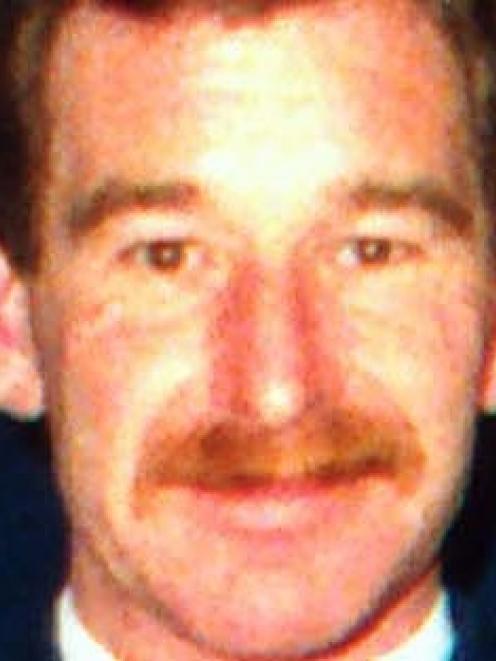 Stewart Guthrie.
Port Chalmers man Stu Guthrie has moved on with time but will always remember the day his father was taken from him in the Aramoana shootings.

Yesterday marked the 25th anniversary of New Zealand's worst mass shooting, in which 13 people were shot dead by David Gray in the small coastal settlement, northeast of Dunedin, on November 13, 1990.

Mr Gray was shot dead by police the next day, bringing the total deaths to 14.

Mr Guthrie's father, Stewart Guthrie (41), was a local police sergeant and one of the first responders to the incident.

He was shot dead while attempting to arrest Mr Gray.

Stu Guthrie, who was 20 at the time, visited his father's grave in Port Chalmers yesterday and said he regretted his own children never knew their grandfather.

He has five children and three stepchildren.

''My sadness comes from not having Dad being part of my kids' life - that's been the hardest thing for me,'' he said.

''There are little family milestones, like Christmas and birthdays, where I regret not having him here to be part of those things, but time has moved on.''

The families held a private service yesterday at a memorial in Aramoana to the victims.

Mr Guthrie said memories of the day had faded but it ''does seem like yesterday''.

''I remember my cousin came and found me and told me what had happened. That was a hard thing for him to come and do.

''But my main memory is of the community support. The overwhelming thing ... was the support the Port Chalmers community gave me and my family.''

Family, friends and well-wishers had made contact with Mr Guthrie yesterday, mainly through social media, he said.

He had remained in contact with the families of the other victims.

Two bouquets of flowers and a note left at the memorial were all that publicly marked the anniversary yesterday.

The note and one of the bouquets were left by the Aramoana League.

''They were taken without warning. Their going left hearts filled with pain,'' the message read.

''But though they are gone from amongst us, in our hearts they will remain.''

Police and the Dunedin City Council said they were unaware of any events to mark the anniversary.

Aramoana League secretary John Davis could not be reached for comment.