0 Comments
The challenges for people in the Victorian era were not so different from what we face today, a sound and light show by an Oxford University professor in Dunedin highlighted last night.

The Speed of Modern Life by Prof Sally Shuttleworth was projected on to the University of Otago’s 10-storey Richardson Building.

It showcased work from her European Research Council-funded project Diseases of Modern Life and communicated the pressures Victorians faced including disease, environmental pollution and mental health.

Otago English and linguistics programme academic Dr Grace Moore said it was not just its scale and ‘‘visually stunning nature’’ that would attract attention.

‘‘The work draws parallels between the past and the present.’’ 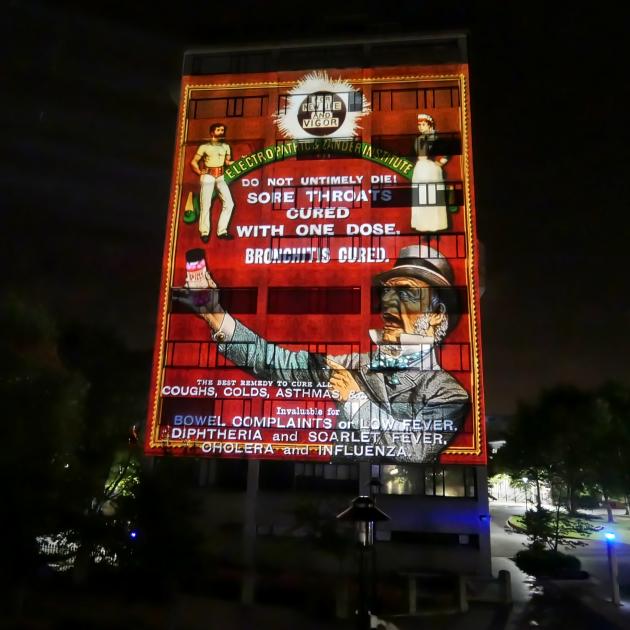 A projection on the Richardson Building at the University of Otago yesterday morning. PHOTO: SUPPLIED

The event also made an important statement about the value of the humanities in everyday life.

"Given Dunedin’s strong Victorian roots, the projection speaks to the city’s 19th-century heritage.’’

It was also an example of how academic work could be communicated clearly to a broad audience.

The work was in collaboration with The Projection Studio artists Ross Ashton and Karen Monid, who had worked on well-known buildings world-wide, including Buckingham Palace.