Video: Tuatara are back after 100 years 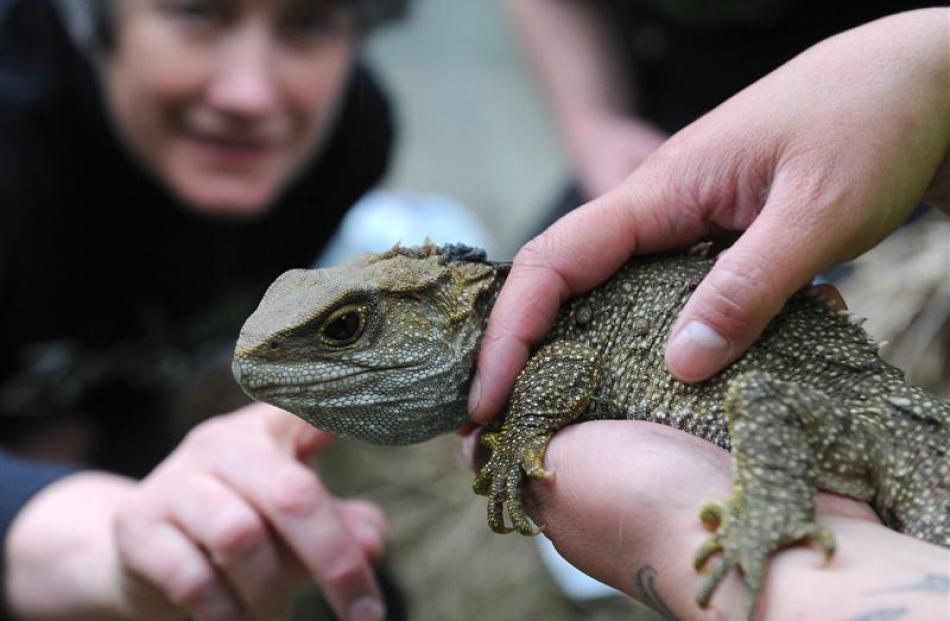 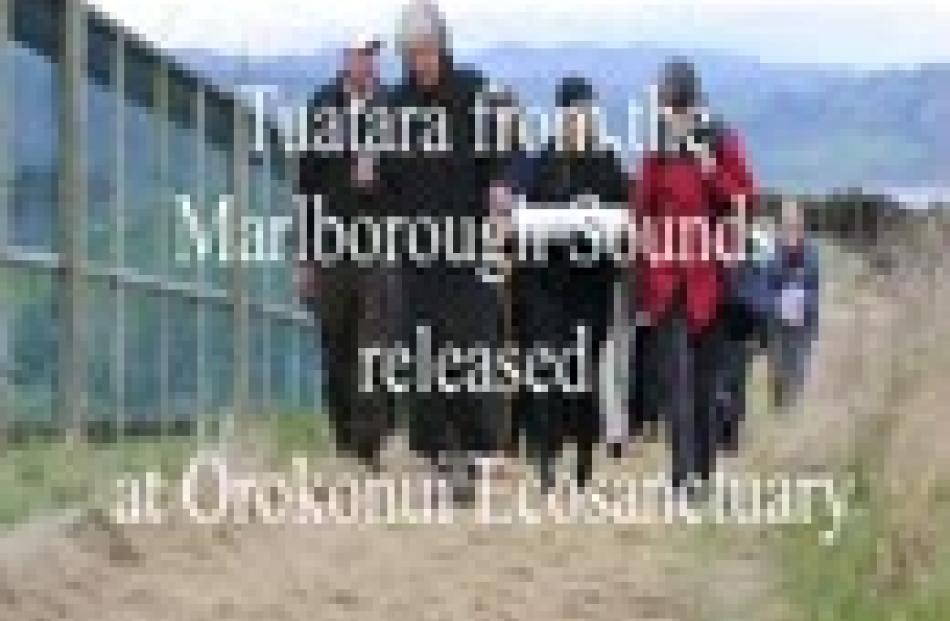 Orokonui Ecosanctuary, in Dunedin, is now home to 44 wild tuatara.

The ecosanctuary was one of five sites yesterday - and the only one in the South Island - to receive a consignment of wild tuatara from Stephens Island in the Marlborough Sounds. It is the furthest south tuatara have been free to roam in more than 100 years.

The 222 reptiles travelled on Air New Zealand flights from Wellington to Dunedin, Gisborne and Hamilton.

The tuatara are the "gift" of northern South Island iwi Ngati Koata, and tribe members attended a ceremony at Orokonui yesterday to mark the arrival of the reptiles.

The 15 adult males, 15 adult females and 14 juveniles will be released in the predator-free sanctuary, which is already home to 15 juvenile captive-hatched tuatara.

Orokonui chief executive Chris Baillie said the sanctuary was the perfect place to restart the South Island's wild tuatara population. The mixture of juveniles and adults would kick-start a viable tuatara population with the necessary genetic variation.

Speaking at yesterday's ceremony, Associate Prof Alison Cree, head of the University of Otago's zoology department - which will monitor the tuatara - said while tuatara preferred a warmer climate, they were remarkably adaptable.

Some of the tuatara - particularly the adult females - are being fitted with transmitters to show their location and also the surrounding temperature.

Prof Cree said that as global warming changed the climate, it made sense to establish a population in the South. Cooler temperatures meant juveniles - whose sex is partly determined by temperature - were more likely to become female.

Testing showed the ground temperatures in some areas of Orokonui were high enough for males to develop, too.

The Orokonui sanctuary's tuatara numbers would be increased in a few weeks' time when more arrived from Nga Manu Nature Reserve, north of Wellington.

Yesterday, the tuatara travelled inside the cabin alongside passengers, each housed in its own travelling tube.