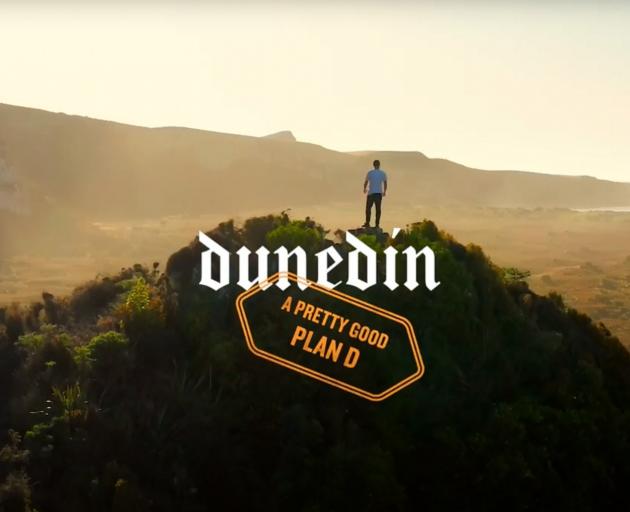 An image from Dunedin’s Plan D marketing campaign. IMAGE: SUPPLIED
Visitor spending in Dunedin has rebounded to a higher level than before the Covid-19 pandemic.

New Zealand’s Covid-19 national lockdown was imposed in late March last year and affected mostly the 2020 spend and hindered some of the 2021 spending.

Dunedin had to shift its emphasis further from international tourism and towards domestic tourism and its "Dunedin, a pretty good Plan D’’ campaign generated a lot of attention.

A campaign evaluation survey by Angus and Associates of 511 people in Canterbury, Auckland and Wellington after two weeks showed 65% of respondents agreed or strongly agreed the advertisements would make them more likely to visit the city.

The campaign achieved its objectives of motivating and encouraging New Zealanders to visit Dunedin and changing perceptions of what the city has to offer, a report for today’s Dunedin City Council economic development committee meeting says.

The concept behind the Plan D campaign was created at the end of 2019 with Dunedin firm BrandAid.

It was initially intended for New Zealand and the Australian eastern seaboard, but was adapted to a purely domestic and local focus when the pandemic caused upheaval for the tourism industry.

The campaign started in May last year and aimed to demonstrate Dunedin attractions and activities were comparable with those of overseas destinations.

That certainly gels with the vibe from the taxi drivers seat. There are far too many who are knockers of the government response to Covid-19, both local and central. We're doing better than just about anywhere else, something to be proud of!