Waddle it be? Freedom, thanks 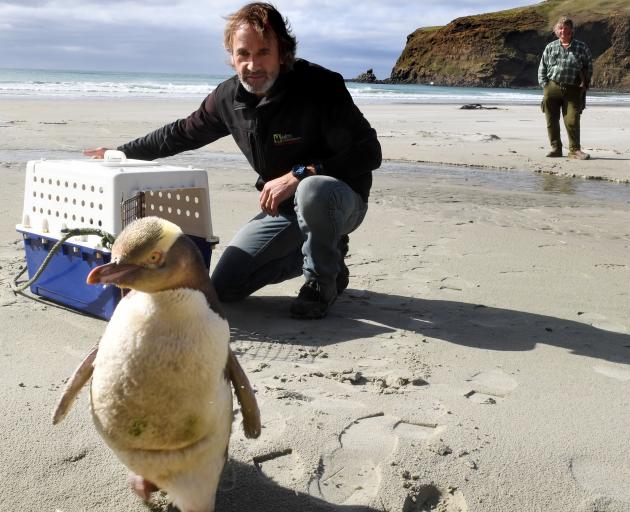 Elm Wildlife Tours co-owner Shaun Templeton was leading a tour group when he found the Dunedin yellow-eyed penguin at Little Papanui Beach on Otago Peninsula about two months ago.

The penguin had a nasty shark bite across his abdomen.

``He was looking pretty grim and I didn't have high hopes for him.''

Dr Argilla had operated on Buster before, after a barracouta bit off his toe about two years ago.

Buster survived the shark attack and recovered at Penguin Place at Harington Point, with a fattening diet of oily fish.

The caged penguin was put on the back of a ute and driven across the 330ha sheep and beef farm in Cape Saunders to the beach.

``I had to see him released and I hope it's the last time I see him.

As the big bird hopped up a steep hill to be with his peers Wilma McKay, Mr McKay's wife said: ``Welcome home Buster. Whoa, look at the size of him - he's huge and gorgeous.''

Mr McKay came to the defence of the portly penguin.

Once Buster moults, he will return to the sea again and brave the dangers of the deep blue.