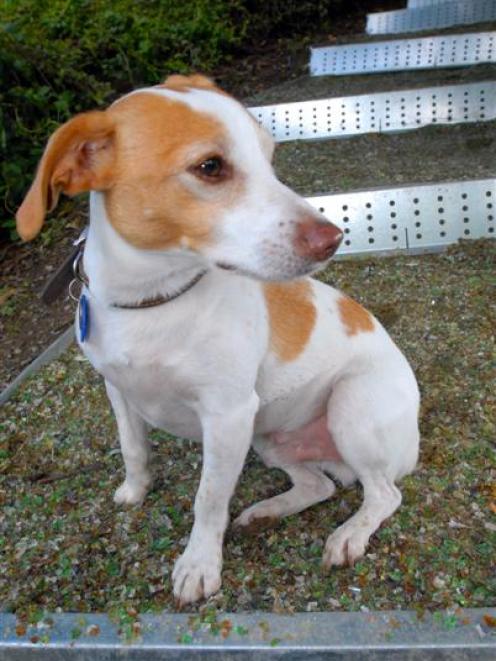 A set of steps down a steep bank on the track from Cannington Rd to Burma Rd had deteriorated, becoming broken and rotted.

Council parks and reserves team leader Martin Thompson said it had become difficult for people to get down the bank, so when Dunedin company EarthSet approached the council about trialling its metal box system as a replacement for the steps, the council took the opportunity.

"The track has been a problem for a wee while."

The metal box sections were filled with recycled glass, which, when rolled and crushed, lost its sharp edges, was safe for bare feet and animals paws, as well as being environmentally friendly.

It had improved access and feedback from users had been "pretty good", he said.

"We are really pleased with the result."

The new material was no more expensive than a traditional timber or gravel one, Mr Thompson said.

EarthSet part owner Blair Wilkinson said the metal box sections connected together easily and were pinned to the ground and filled with gravel or recycled glass.

It was speedily installed because it sat on the ground and the box construction prevented material from spreading, he said.

The glass was also a natural weed retardant.

While the company was set up only in June, the Dunedin designed and produced boxes had been "tried and tested" during the past eight years.

It was believed the technology could be used successfully to prevent and control erosion - including on beaches and riverbanks - and runoff, as well as used for recreational tracks and steps, Mr Wilkinson said.