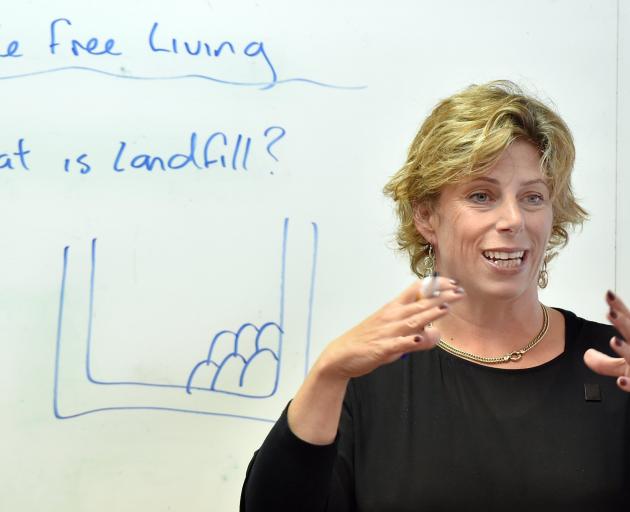 She also offered a sobering "reality check" about the actualities behind terms such as "recycling" and "biodegradable", during a witty and wide-ranging "Waste-free Living Workshop" at the Dunedin Public Library at the weekend.

Ms Meads, who has long campaigned for more sustainable nappies and food packaging, gave more than 40 people plenty of sensible advice at the two-hour workshop, on Saturday.

Generally, green waste, including food scraps, was better disposed of at home through composting, she said.

When sections of city council landfills became full and had to be closed, much of the material inside, even if normally considered biodegradable, did not, in fact, break down, because it was isolated from oxygen.

She had heard of cases where a landfill had been opened up years later and a readable magazine, usually considered biodegradable, was found inside.

About half the the contents of landfills should not go there, she said, highlighting high levels of food waste, including at home.

In a 2017 Dunedin talk, Ms Meads said the country wasted $872million a year on food people bought and threw out. Otago people alone threw away $45million a year in food.

Leachate was an often "hugely toxic" fluid, comprising a "weird soup" of chemicals, filtering through landfills.

The country’s councils were generally doing a "great job" in trying to recycle waste materials, but householders could help more by refusing to buy items in plastic packaging that could not be recycled, she said.