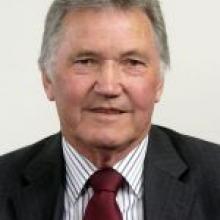 Syd Brown
A plan to fast-track up to $11.6 million in spending on the Tahuna wastewater treatment plant will be scrutinised by Dunedin city councillors next week.

Cr Syd Brown, the chairman of the council's new finance, strategy and development committee, said he would be checking the proposal carefully over the next few days.

He expected plenty of questions when it was discussed by councillors at Monday's meeting of the infrastructure services committee.

Council staff this week unveiled the proposal to bring forward up to $11.6 million in loans - nearly doubling capital spending on the project for this financial year to $30.1 million - to complete stage two of the Tahuna project by September 1 next year.

The project had slipped behind schedule in recent months, but needed to be completed by the time an existing Otago Regional Council consent expired on September 1.

The proposed change would not increase the project's overall cost, but could add up to $1.49 million to loan-servicing costs in the 2011-12 financial year, and a further $900,000 in 2012-13, council water and waste services manager John Mackie said.

Staff believed they had identified savings of $984,000 to offset the extra costs, but the increase came at a time when the new council and council chief executive Jim Harland were stressing the need to make savings.

Cr Brown - one of those calling for savings - told the Otago Daily Times he would "definitely" be asking questions on Monday.

There was wide public support for the Tahuna project, but the proposal would have to go through a "testing process" and was not guaranteed to proceed, Cr Brown said.

"My understanding is it [Tahuna] is a very high priority for council ... But that has to be balanced with the impact on the community.

"Because there is a desire to bring work forward, we have to weigh that up when we look at prioritising their request with the impact that it has on the community and the outcomes that will be received from it.

"I don't want to send a signal it's going to get a tick without some scrutiny."

Mayor Dave Cull said the decision was "a tough one", but the cost of deferring the work would have to be considered against the overall savings achieved by fast-tracking it.

"If we want to save money overall we'll do it sooner and spend money sooner and, if we want to spread it out, it will cost more overall. Cr Andrew Noone, chairman of the infrastructure services committee, said the focus on savings was something that happened within the council every year, but the Tahuna project had already "been through the mill".

A review as part of the last round of annual plan deliberations had resulted in the waste-to-energy component of the project being deferred, to save money and "soften the impact on the ratepayer", he said.

No project was "untouchable", but debate and progress towards completing Tahuna dated back more than 20 years, and the project had strong community support, he believed.

"At the end of the day, the community and the council are committed to this project. And it's not additional expenditure; it's bringing the expenditure forward."

However, decisions made on Monday could have a knock-on effect when councillors prioritised capital projects as part of 2011-12 annual plan deliberations early next year, he said.

"This could create some influence on some of the other decisions we make later on."