By John Lewis
1 Comment
When the traffic stops, Jarryd Osborne gets go-go dancing.

The 19-year-old Downer Construction traffic controller has become popular with drivers between Dunedin and Port Chalmers, for entertaining them with his comical dance moves and characteristic waves as they pass through the busy road works sites.

"I can’t really dance. But I’m really good at hitting people with my six-shooter finger guns. 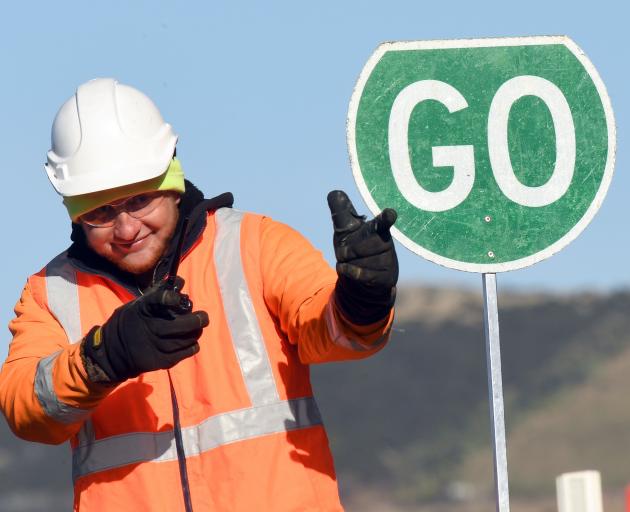 Downer Construction traffic controller Jarryd Osborne entertains waiting drivers with his moves as they pass through road works on State Highway 88, between Dunedin and Port Chalmers, yesterday.PHOTOS: STEPHEN JAQUIERY
"I also do a bit of air guitar and some Super Mario Brothers poses — not too much else really, other than just jigging about a little."

He said some of the moves were inspired by certain drivers who connected with him and his lollipop stop/go sign each time they passed through.

"There’s one guy whose licence plate is Super Mario, so I’ll give him a Super Mario jump."

There was also "one truckie" who honked his horn at Mr Osborne every time he drove past. 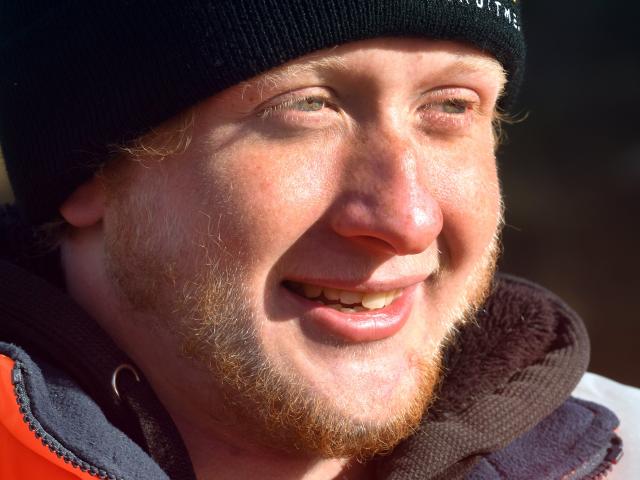 Jarryd Osborne
So now he takes a Western gun-slinger stance, pulls out his "six-shooter finger guns" and it becomes a race to see if he can point his fingers at the truck driver before he toots his horn.

Mr Osborne said the dancing was fun, but he preferred to give cheerful waves.

Many of the drivers found the waiting at road works sites stressful, and his waves and dance moves were his way of helping to keep people calm.

"A couple of years ago when I started, you could see all these people sitting in their cars — they’re bored — and when you let them go and you give them a cheerful little wave, it’s like saying, ‘sorry, thanks for waiting, enjoy the rest of your day’, and it’s all said with the flick of a hand.

Given that nearly 6000 vehicles passed through each day, he said he was starting to feel like he needed physiotherapy.

"You can imagine the strain it takes on your shoulders."

Mr Osborne said he loved his job and had no plans to change career at this stage.

"Not unless a dancing talent scout comes past and discovers me."

This guy is priceless. He waves to each and every vehicle going past him. Never misses one and is always smiling.
And Downer, take note, the traffic flow is so much better when people are used to control it rather than automated traffic lights on a fixed phase.