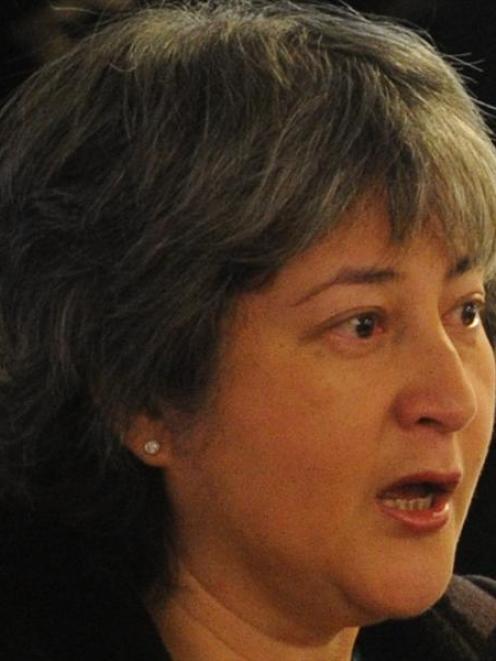 Vicki Treadell.
Since ancient times, women have been "wonderful heroines and role models" in science and a group of young women were yesterday encouraged to continue their legacy.

British High Commissioner to New Zealand Vicki Treadell told the 90 gathered at a New Zealand International Science Festival women in science breakfast, sponsored by the commission, that "the world of science is yours if you want it".

"Women in science, in recorded history, have been around since ancient Egypt and Greece. Women have been at this game for a very long time; the question is profile and how many women rise to the top. Despite wonderful heroines and role models ... women are poorly represented at the top of science. I was delighted to be the first woman to be the British high commissioner of New Zealand and it's important for all of us to establish firsts wherever we go."

She wanted to ensure gender parity and that sexism was a thing of the past and said events such as the breakfast played a role in inspiring young women and encouraging greater engagement in science.

Otago School of Medical Sciences dean Prof Helen Nicholson said she was one of just two girls in her senior high school science class, at a co-educational school of 1500. She was the first in her family to attend university.

"Inspirational science teachers" encouraged her to study medicine and a varied career and research into oxytocin, a hormone known for its roles in sexual reproduction, brought her to Dunedin in 2000.

Prof Christine Winterbourn received the "terrific honour" of the country's top science and technology award, the Rutherford Medal, in 2011, and told the audience "science can be extremely fulfilling".

Scientists were commonly portrayed as male, geeks or "mad", but they came in "all shapes and sizes" and the majority of those she worked with at the University of Otago's Centre for Free Radical Research, in Christchurch, were women.

She believed an "evolutionary process" was occurring, with more women getting into science, and New Zealand was a "flexible" and "accommodating" country for that to happen.