Won a painting, now for a wall 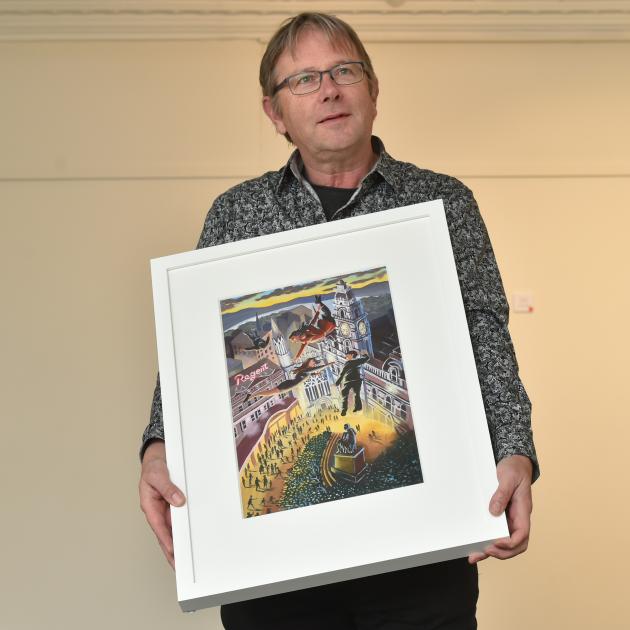 Aalbert Rebergen recently moved to Dunedin and his admiration for the work of local artist Frank Gordon prompted a visit to his exhibition at Gallery De Novo on Saturday.

The gallery was about to close when he saw the Frank Gordon painting The City of Magic & Song but could not find a price tag.

Gallery staff told him the painting was commissioned by Arts Festival Dunedin for its programme cover.

Since the programme launch about 10 weeks ago, the painting had been in the gallery in a silent auction and by the time he learnt about the auction, there was only two minutes remaining.

He stayed in the gallery until the auction closed to ensure the win.

''It was fantastic because I love his work.''

Mr Rebergen has moved to the city to take on a new role at the Dunedin City Council as an ecologist and is selling his house in Masterton to buy a home in Dunedin.

Festival director Nicholas McBryde said Mr Rebergen got ''a bargain'' and the $1210 would cover the cost of the commission and framing.

Despite the thin margin, and the Frank Gordon work ''being hard to top'' the festival team would consider commissioning another painting for a future programme cover and auctioning it.

''Something similar, only different, most definitely,'' Mr McBryde said.