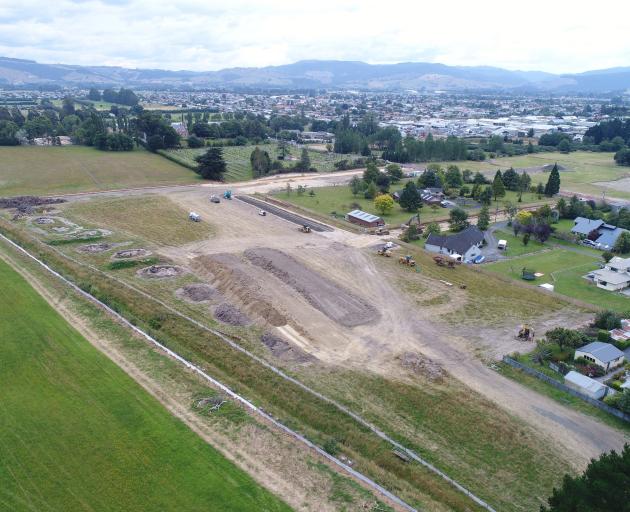 Director Geoff McPhail said plans for the facility included 380 villas, apartments and dementia ‘‘care suites’’, as well as a rest-home hospital, a community centre and an administration building.

Eventually, the 20ha site could hold up to 450 residents and provide three levels of care under the continuum of care model.

It would also include facilities such as a bowling green, gymnasium, library, club house, theatre and crafts area.

Mr McPhail said that construction would begin with basic infrastructure on the site, which included the creation of a large ‘‘detention pond’’ to collect stormwater run-off in the area.

Roading would also be put in place and the main entrance to the facility would be off Cemetery Rd.

Cemetery Rd would receive a major upgrade as part of the project, he said.

‘‘We’re just finalising all our consents right now. We’ve got all our resource consents, but we’re still just getting some building consents signed off.’’

He hoped building would begin in the second half of this year.

Some villas would be the first buildings to be completed, and he expected the first residents could move in by mid-2021.

Also as part of stage one, a rest-home hospital with some dementia ‘‘care suites’’, the administration block and the village centre would be built.

Mr McPhail hoped that they would be completed within the next two to three years, and
more apartments/villas would
be added over the following years.

‘‘It’s a big site, so it will be built over the next 10 years. That is the reality of what we are doing. Basically, we’ll be building on demand.’’