Work scaled back on east bank of Leith 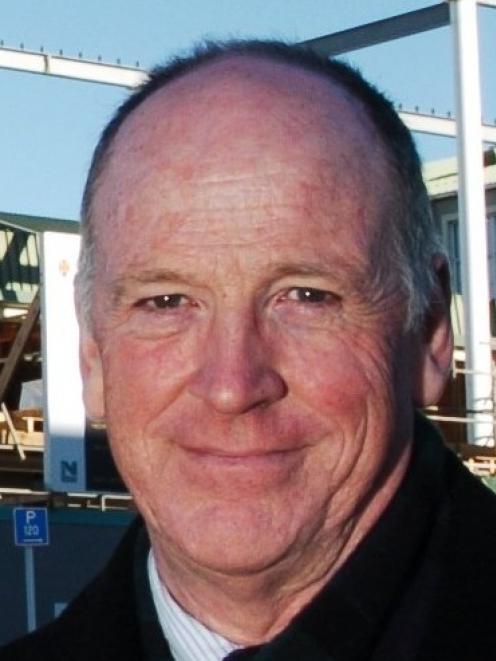 Barry MacKay
Plans to improve the ''aesthetics'' of the University of Otago area in front of its historic registry building have been abandoned in order to minimise disruption to students and staff during construction work on the Water of Leith in coming months.

As part of the Otago Regional Council's Water of Leith flood protection works in front of the registry, the university had originally asked for the concrete channel on the east bank of the river to be dropped and the bank relandscaped.

The work, including lowering the concrete wall by 1m and cutting the ground down to match, was mainly aesthetic and provided limited benefit for protection against flooding, it was said at the time.

However, in a ''late change'' the university had requested the wall be left at its existing height, university property services director Barry MacKay said.

''As a result of this change, the only work being done on the east bank is to install a new decorative railing along the edge of the retaining wall to improve safety.''

In order to minimise disruption to staff and students, and to retain all the trees on the east bank, it was decided the aesthetic aspects of the work should not proceed, he said.

The flood protection work on the west bank had begun, so staff and students could expect slightly longer journey times through the north end of the campus and the site had been set up with temporary fences to separate the main works from pedestrians, with an intermediate roadway for contractors' plant and service vehicles, a spokesman said.

University project manager Christian German said in the university's Otago Bulletin Board when the St David St footbridge had to be closed for two or three months to allow it to be extended, a temporary pedestrian footbridge was to be installed 25m north of the existing bridge.

''Site setup, traffic management and any sensitivity issues will be monitored daily to ensure safe routes are maintained and disturbance is kept to a minimum,'' he said.

Things would change on site from time to time so people should read the signs on site, comply with warnings and take care when passing the site.

''The works, overall, will require significant use of heavy plant, with corresponding traffic to and from the site. There will be typical construction noise over the next few months.''

This was a one-off project that, once finished, would result in some important benefits for the campus, he said.

The regional council's work on the Water of Leith was due to start in November but was held up by the university, which wanted further assurances about its timing and quality.

As a result, the council had been able to award the contract for the construction work only this month and, in the meantime, could undertake only the ''enabling'' works, including moving telecommunications and utility services.

It meant the aim of completing the bulk of the works during the summer university holidays was no longer possible. Instead, the deadline was May.

The work was part of an eight-stage programme along the Leith to improve flood protection for the central business district, which included many University of Otago buildings, while improving visual and physical access to the water.