Workers 'expected to be grateful' 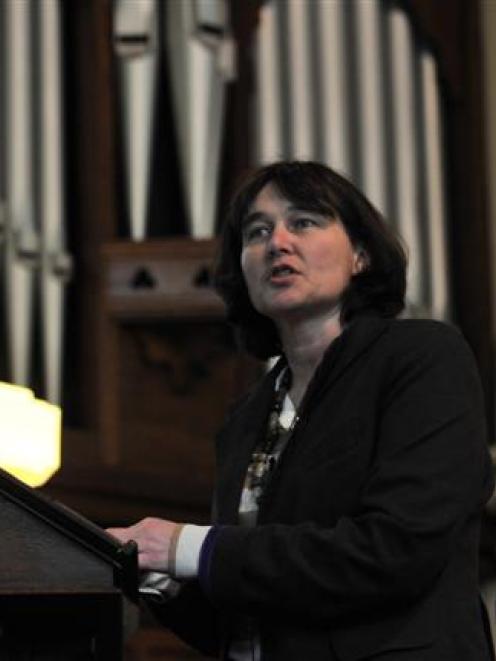 New Zealand had become a society where workers were seen as beneficiaries and employers as benefactors, Ms Kelly said at a public lecture at First Church last night.

"Workers should be grateful to have a job, not asking for decent pay."

She was speaking at an event to commemorate the Rev Rutherford Waddell, the Dunedin Presbyterian minister who spoke out in 1888 about labour and the sin of covetousness, starting a process - including an Otago Daily Times campaign exposing conditions and calling for change - that led to a suite of social and labour reforms that were envied around the world.

Ms Kelly told an audience of about 200 labour conditions had improved since Mr Waddell's day, but for many workers those conditions were on the decline.

"Wages have steadily declined since the industrial relations system was dismantled."

The contracting out of labour and the casualisation of workforces meant many people did not have the protection of permanent work.

About 300,000 workers were on, or near, the minimum wage, and two out of five children were in families where one parent worked and needed foodbank assistance.

New Zealand had seven times the number of workplace deaths as the United Kingdom, adjusted for population, she said.

"It has crept up on us. It is leaky homes without the outrage."

Recent cases highlighted the issues: the death of a contracted security guard during his first night on the job, the Port of Auckland dispute with its workers, the Hobbit dispute over actors' conditions, and the death of miners at Pike River, she said.

Where were all the voices in these cases, she asked.

The Port of Auckland dispute was the only one where people spoke out in support of the workers and the "period of deference disappeared".

Attacks on workers were increasing, and she predicted public sector workers would be the next to be portrayed as overpaid, lazy and incompetent as legislation reducing worker rights to collective bargaining came in.

"These stories will be used to hide the true impact of the employment law."

It was now up to trade unions to become more inclusive and for people to remember those they might fight for today, such as Dunedin Hillside workers, could be the beneficiaries of tomorrow.

"I hope you stay solid then as you are now."

Her speech was greeted by rousing applause.