Unions are fighting them, employers say they do not exist. Carla Green reports on zero-hour contracts. 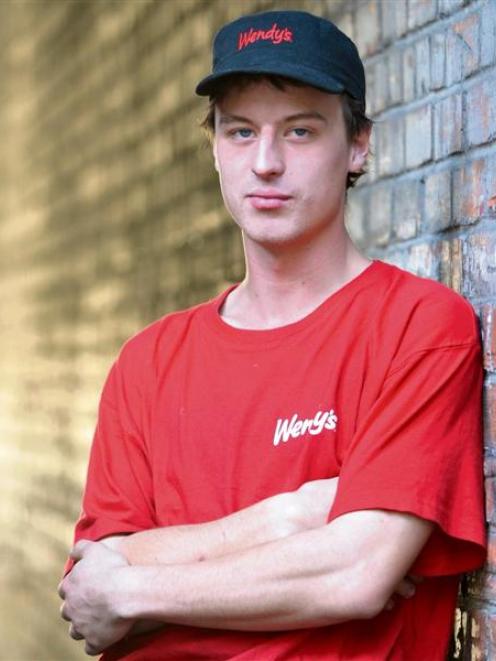 ''I signed it because I wanted the money, and that's why everyone else signed it as well. You sign it because you're hard up, that's it,'' he said.

But that does not mean he is happy about it.

Mr Griffin, a 20-year-old who lives in Port Chalmers, is one of thousands of workers throughout New Zealand employed under what are called ''zero-hour'' contracts - agreements that do not guarantee the worker a set number of hours a week (or any hours at all, necessarily), but usually make it difficult or impossible for workers to seek alternative employment.

The contracts first came into widespread use in the United Kingdom following the global financial crisis in 2008.

Since then, they have become common in New Zealand, especially in the fast-food industry.

Critics generally identify several key issues with the agreements: they do not allow workers to plan financially (because they do not know how many hours they will be rostered on each week); they result in many of an establishment's workers being underemployed when they want to work full-time; and businesses require workers to be on call.

According to the Unite union's South Island organiser, Ben Peterson, Wendy's is just one of several fast-food establishments that use zero-hour contracts.

''It's not that Wendy's is worse than the others,'' he said.

The union is in the process of negotiating with Wendy's on a variety of issues, including zero-hour contracts.

''For the most part, there's been no movement around providing better hours and better protection to those hours,'' Mr Peterson said.

Wendy's NZ CEO Danielle Lendich said Wendy's ''do[es] not [use] zero-hour contract[s] and this has been confirmed by the Ministry of Business, Innovation and Employment's Mediation Services. I had never heard of a zero-hour contract until about a month ago.''

Wendy's NZ was unable to provide documents showing confirmation by MBIE Mediation Services the corporation did not employ workers under zero-hour contracts.

An MBIE spokesperson declined to confirm or deny the claim, saying all details discussed at a mediation were confidential and not allowed to be made public.

Mr Griffin provided the Otago Daily Times with his Wendy's contract, which states the hours of work are determined ''as per the weekly rostered shift'' and makes no reference to a specific number of guaranteed hours.

Prof Paul Roth, of the University of Otago Faculty of Law, said zero-hour contracts ''definitely means you've got an employment contract where the employer doesn't guarantee any hours of work whatsoever''.

''A zero-hour contract is basically a permanent casual relationship, which is unheard of and legally is not supposed to exist,'' he said.

''[Employers] have their cake and eat it too by having permanent employees but not being required to give them any hours.''

Permanent work employment agreements were standard, and came with requirements, including ''an indication of the arrangements of working hours''.

''To my mind, this means that the employer is required to put some indication of hours of work.''

''But it's a contract on an `as and when needed basis'. The legal character of that sort of contract is that every time there's a new engagement - which could be just one shift of work - and the employer offers work to an employee on a casual contract and the employee accepts, the contract only lasts for that period. Technically, they're supposed to sign a new contract each time there's more work.''

According to many workers who have been employed under these contracts, there is an informal expectation workers will be available to work extra hours when the employer calls them.

Ms Lendich said that was not the case at Wendy's, where workers were ''under no obligation to work''.

''People are only expected to work their rostered shifts and outside of these times they are free to live their life,'' she said.

According to Mr Griffin's contract, Ms Lendich is right: Wendy's workers ''agree to work the hours notified by the weekly roster'', and any additional hours outside of that are determined ''by mutual arrangement''.

However, after a few days working at Wendy's, Mr Griffin found

management expected him to be on call outside his rostered hours.

''And one of the managers said, `I've been trying to call you since 6am, what are you doing, you're the stockperson, I needed you to come in and organise this. When I call you, you have to come in'. And I looked at her and said, `I was asleep. At 6 in the morning, I was asleep. If you roster me on at 11, I'm going to be here at 11'.''

Wendy's NZ was contacted for comment about Mr Griffin's account, but it could not respond by press time.

UnderemploymentMr Griffin said Ms Lendich told him and other workers, informally, they could always count on at least 10 hours of work a week (although that promise is not mentioned in the contract they signed).

Photos of Wendy's rosters provided to the ODT by Unite appear to show workers at a Christchurch location dropping from working five days a week to a single, three-hour shift. Mr Peterson claimed those workers had complained to union delegates in Christchurch about losing hours, and the problem was endemic in fast-food outlets around the country.

It is unclear if the reduction in hours Unite reported at the Christchurch outlet was a case of workers ''[choosing] not to be available''.

Making ends meetFor workers who are underemployed, the obvious solution is getting another job to make up the difference, but that can be far from straightforward under many zero-hour contracts.

The contract Mr Griffin provided the ODT states workers must not ''in any way that may conflict with the business of the Employer, undertake any business or profession, or become an Employee or agent of any other person or business'', and that workers not ''be directly or indirectly engaged or interested in any other business except that of the Employer'' without the written consent of Wendy's.

Clauses blocking workers from seeking alternative employment seem to be relatively common in zero-hour agreements, and are one of the most widely criticised aspects of such contracts. The MBIE has been asked by Minister for Workplace Relations and Safety Michael Woodhouse to ''review and address problems with non-standard working arrangements which have been described sometimes as zero-hour contracts''.

The department will look at ''practices that involve unreasonably restricting employees from undertaking alternative employment while not guaranteeing the worker any hours in return'', the MBIE spokesperson said.

Legally, workers were only supposed to be required to get their employers' consent if there was the possibility that getting another job would result in a ''disclosure of information'', which was probably not the case for fast-food workers.

''I'm not sure why there hasn't been a legal challenge [of zero-hour contracts] yet,'' he said.

''You're dealing with a group of people who might not be all that well educated in terms of rights, which might be the reason. Or maybe no-one wanted to stick up their hand [to be a plaintiff] because they didn't want to get fired.''