Young fingers on the pulse 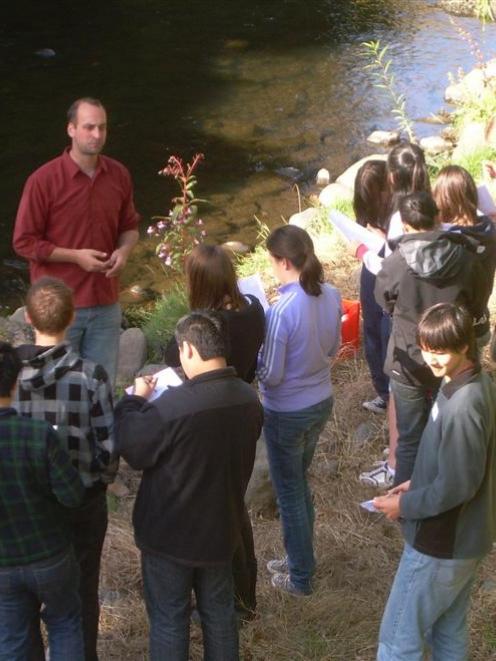 Daniel Le Duc, of the University of Otago's marine science department, instructs the team on gathering and processing water samples on a training day in the Water of Leith at the university, in March. Photo supplied.
Showing pupils how chemistry relates to real life situations as well as building a picture of the health of Otago Harbour has won the Healthy Harbour Watchers the inaugural Otago Conservation Schools Award. Rebecca Fox talks to project facilitator Andrew Innes.

Wading out into Otago Harbour to gather water samples, then taking them back to the laboratory to test, has given many pupils a way to learn new techniques as well as help the environment.

The pupils are part of Healthy Harbour Watchers, a group started by science teacher Andrew Innes to try to plug the gap of information available about the health of the Otago Harbour.

Mr Innes, who teaches at John McGlashan College, said the group grew out of research he did while on a Royal Society fellowship in 2005 when he realised there was no readily accessible information on the quality of the harbour's water.

The project got under way with support from the University of Otago's chemistry and marine science departments.

"One of the drivers was to show chemistry in a real life situation."

About 30 to 40 pupils a year take part in the project.

This year, pupils from John McGlashan, Columba College, St Hilda's Collegiate and Bayfield High School have taken part in the Saturday forays to test the water.

About six times a year, the pupils were sent out to set places around the harbour to take water samples.

They brought them back to the university's chemistry laboratory, where they learned different techniques to test for enterococci and nutrients such as phosphorous and nitrogen.

"They use methods you seldom see in schools.

"The key focus is to generate data that can tell us something."

The information gathered was then pulled together by Mr Innes and it was hoped it would soon be available on a website and in an annual report form giving a report card of the harbour's health.

Results so far had shown the water in the harbour was quite healthy, he said.

"It's a good news story for Otago Harbour."

However, it all could not have been done without the help of the university and other interested people, as the group had a "budget of nothing", Mr Innes said. 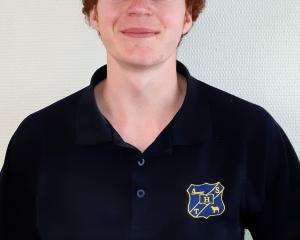 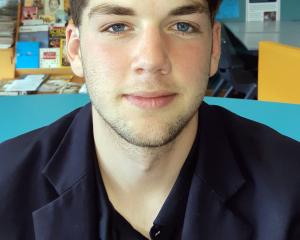