Casey hopes to goto US to play ball 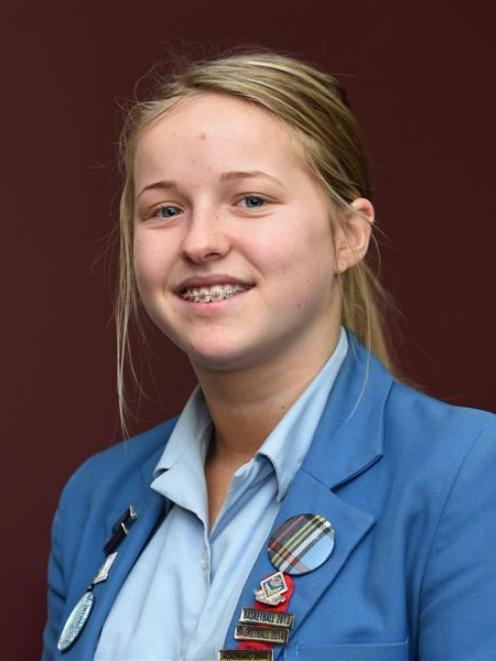 Queen's High School year-12 pupil Casey Kruishoop will represent the province at the under-17 national championships in Auckland next month. Photo by Peter McIntosh.
It is neither pronounced cruise nor hoop, but other than that Casey Kruishoop has the best basketball name in the game.

The 16-year-old Queen's High School pupil trains four days a week and plays on the fifth.

The year 12 point guard has been a regular feature in Otago age group teams since under-13 level and last year she was included in the Basketball New Zealand ID squad.

''I got a chance to attend a New Zealand development camp where you could trial and see if you could make the rep teams to go over to Aussie but I injured myself at the trials,'' Casey said.

''I got asked to come back to the second camp but I was still injured and could not participate.''

Casey had dislocated her wrist and still gets some pain. But it has not slowed her down too much.

But she is a good ball handler.

She loves cutting to the basket and is not afraid to put the ball up.

As for her name. Well ''everybody says it differently''.

It is pronounced `Krais-hope' but she often has to put up with Cruise-shop and even Cruise-ship.

It is a name made for headlines and Casey hopes she can help the Otago under-17 team win a national title in Auckland next month.

Two years ago, she was part of the Otago under-15 which was knocked out in the semifinals and she is after a little redemption.

''We're quite strong and we're hoping to go and win it.''

Casey also has plans to look at what scholarships might be on offer to play college basketball in the United States, although she sounded homesick just talking about it.

''I would really like to go over to the US on a scholarship, but then again there is a university here and leaving everything behind is a big decision.''