NZ under-16 team priority for O'Neill 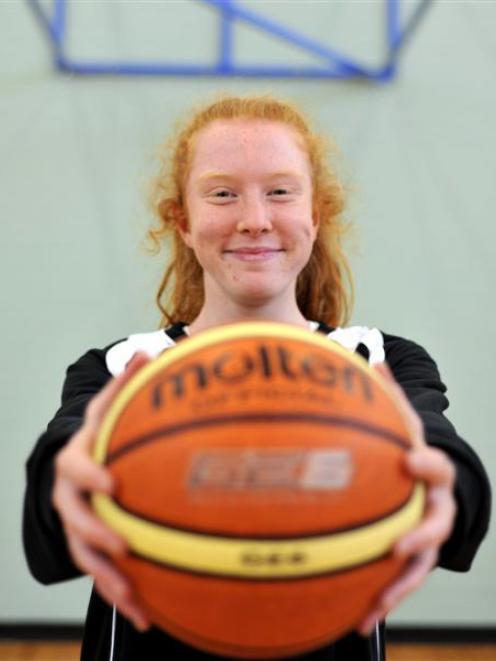 The St Hilda's Collegiate pupil is the only Otago player in the squad, which was selected after a series of trials.

O'Neill (14), a point guard, will travel to Auckland every third weekend to train with the team until the tournament tips off on July 4.

''We have got fitness testing, we have got targets to meet - it's all pretty intense,'' O'Neill said.

O'Neill has played basketball since she was 9 and was a key member of St Hilda's senior A team which won the Otago secondary school championships last year.

St Hilda's went on to compete in the national secondary school championships in Palmerston North, where it finished ninth.

The team will compete in the women's B grade club competition in Dunedin this season, a move which would help the team develop, O'Neill said.

As well as training with the national under-16 team and St Hilda's, O'Neill has been getting some extra work in with the Otago Gold Rush.

She will play for St Hilda's in the women's B grade competition, while also occasionally fronting up for Ajax 1, the seven-time defending champion, in A grade.

The Otago under-16 touch representative was a part of St Hilda's team which played at the South Island secondary schools touch championships in Christchurch at the weekend.

She has also represented Otago age-group teams in football.

While O'Neill has succeeded in other sports in the past, basketball was her priority in future, she said.

The Australian state championships run from July 4 to 11.