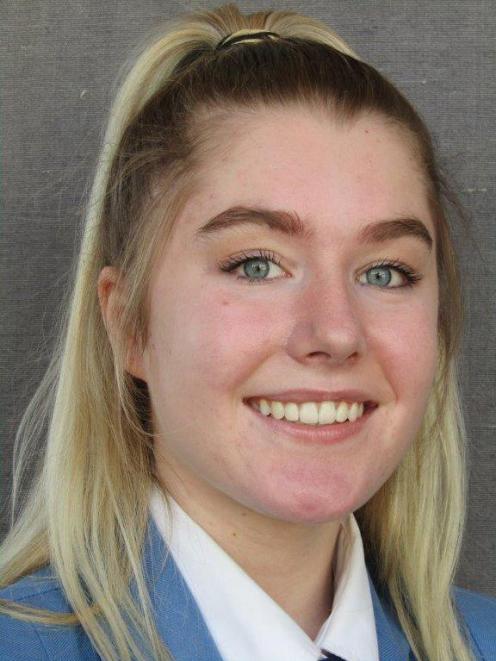 Holly Cook, Year 12, Queen’s High School
The 45-minute drives out to Goat Island were something I dreaded.

Twisted roads tossing my stomach around, my brothers’ squabbles interrupting my train of thought, the smell of farm interlaced with the air conditioning, burning my nostrils as it entered the car.

Despite everything, they always ended up being some of the best days of my childhood.

My memories are now filled with the rushing euphoria that came with spending the entire day with my family in the blinding sun.

I remember the way the waves would crash against the cliff face, almost as if they were hugging.

I remember the feeling of walking on sand as soft as silk, and sprinting alongside my dog, her tail dancing in the wind.

I always loved being at Goat Island when I got there, and although I didn’t know it, the last time I went might be the reason I still haven’t been back.

A solitary breath escaped my lungs as I skidded to a halt, surrounded by the shrubs I had always hated, their branches clawing at my calves.

The distant waves fought playfully for domination as my brothers sprinted past me, racing for the triumph of reaching the rope swing first.

My brother’s yell of delight echoed across the sand as he clung to the rope, yet what I saw was something different.

It was as if a ghost of me had just flown off the cliff with ease, grasping on to the tough rope heading towards the end of its life.

You could almost smell her delight, the mix of salt and sunshine swirling through her golden hair as she was carried through the wind. Yet the laughter died quickly as the girl lost what little grip she had, dropping paralysed to the sand.

I stared as she lay in place, struggling for breath, the agony on her face as she sat up slowly, the adrenaline leaving her body as the first hints of an injury trickled in.

I stared as my mum rushed over to her, wiping the diamond-like droplets off her flushed cheeks.

I looked down at my own wrist as the recollection of pain touched my skin, but when I raised my head the girl was gone, replaced once again by my brother soaring through the air without an ounce of fear.

I sat down, the bleached sand forming a beanbag around me as I yearned to be that girl again, wishing something as insignificant as the mere thought of a rope swing wouldn’t tie my stomach in a knot.

My envy was drowned quickly beneath the roar of our car rolling over the highland sands, revving its engine in greeting.

Dad’s face lit up in the driver’s seat at the sight of the argument that had erupted by the gnarled tree roots; a battle for whose turn it was next.

He honked the horn, signalling for my brothers to put an end to their fight and get on the back of the car. I made my way to the front seat, not wanting to face the consequences I knew would come.

My brothers latched on to the sides of the boot, locking arms with each other in solidarity as the accelerator pressed into the car floor.

The car swerved along the hard sand, my dad trying his best to shake my brothers off.

I couldn’t help myself but laugh at the sight of them struggling to stay on — a mixture of fear and excitement playing at their faces.

Yet as I watched, I found myself locking eyes with that girl again, her smile so triumphant it was as if she had just won the lottery.

I watched as her laughter morphed into a scream, as her fingernails finally lost their tight grasp on the car and she slipped into the air.

I watched as she slammed into the granite sand, as the wind was punched right out of her stomach.

I whipped my head away from her, the vomit descending my throat as I struggled to forget the sensation of what I assumed asphyxiation felt like.

Ecstatic cries made their way through the car vents as my brothers rolled over the sand, just to jump back up again to beg eagerly for another go.

We spent the whole day at Goat Island, the beach we’d been to a thousand times, yet all I could see was that girl.

She danced across iron rocks as they battled with the waves.

She stood up strongly on the surfboard, moments before she was swallowed by the sea.

She paddleboarded with ease alongside her brothers, yet all I could do was sit and watch them, biting my nails with apprehension.

I packed up our gear into the car, now saturated with sand, as the bleakness settled in.

I looked back as we drove away, watching with remorse as the tide went out one last time.

My eyes fell on the ghostly girl again, empty of worry, gliding through the shallows.

The car began to curve around the trees when she turned her head back to me, raising her hand in farewell as the shadows took us away.