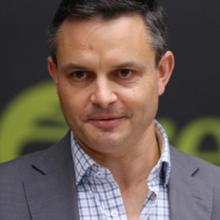 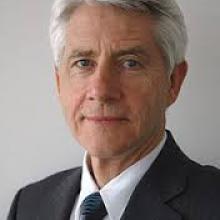 It is unlikely that rogue Green MP Kennedy Graham will be allowed back as a candidate, leader James Shaw says.

Mr Graham, who withdrew as a candidate in protest against former co-leader Metiria Turei, has asked to be returned to the party list now that Ms Turei has stood down as leader.

Mr Shaw said it was up to the party's executive whether his request was approved and the party needed to follow proper process.

But he said the "strength of feeling" about the way Mr Graham resigned on Monday meant his return was unlikely.

Mr Graham was eighth on the list before he withdrew, meaning he was likely to get re-elected in September.

Green MP David Clendon, who resigned alongside Mr Graham, has not asked to return as a candidate.

"I've taken too many steps toward the exit to want to turn around and come back in," he said today.

Mr Clendon said the party would be "unwise" not to let Mr Graham to rejoin the campaign, "both in terms of natural justice and in terms of what he can offer the campaign".

The party is now considering what changes it will have to make to its campaign after Ms Turei's departure.

Mr Shaw said it was possible that the party's "Great Together" slogan could be dropped.

"We're looking at everything. That's one of the things that's up for grabs."

Under his leadership, he wanted the party's campaign messaging to be clearer. It would be focusing narrowly on climate change, cleaning up rivers, and ending poverty, he said.

Ms Turei, who is quitting politics at the election, will continue to campaign but will keep a low profile, mostly focusing on her Te Tai Tonga electorate and poverty issues.

Mr Shaw said the party was able to select another co-leader through a special meeting, but this was unlikely to happen and he would lead the Greens to the election alone.

One of the favourites to replace Ms Turei, Julie-Anne Genter responded strongly today to questions about whether she would seek the role.

"It's too early. Don't even think about asking me that until after the election."

The resignation of Mr Graham, Ms Turei, and Mr Clendon has allowed some new candidates to jump up the list and into winnable spots. Broadcaster and sportswoman Hayley Holt has jumped up three places from 17 to 14.

That would mean current MP Denise Roche would miss out on Parliament, and newcomers Jack McDonald, John Hart and Holt would also miss out. The party would still bring in two new MPs - Chloe Swarbrick and Golriz Ghahraman.

(*Based on Newshub-Reid Research poll)

its all over... no back to the horse and cart . great news