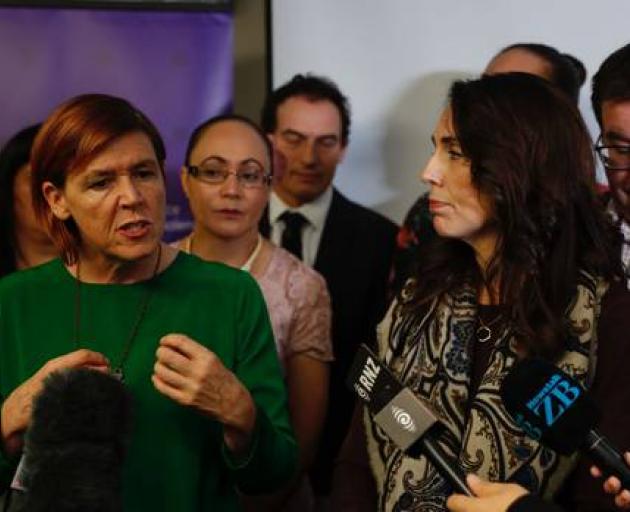 The pre-Budget announcement is, according to Prime Minister Jacinda Ardern the largest ever Government spend on family and sexual violence and support services.

She said today's announcement formed the "cornerstone" of the upcoming Wellbeing Budget.

"Every year about one million New Zealanders are affected by family and sexual violence, including almost 300,000 children," Ardern said this morning.

"This is something I know New Zealand is ashamed of and the Government is taking a major step forward in fixing on the budget."

The $320 million has been allocated over four years.

More than $130 million has been set aside for expanding essential specialist sexual violence services and to moving towards fully funding services.

Almost $40 million has been earmarked for reforming the criminal justice system to better respond to victims of sexual violence.

The family and sexual violence package, which sits across eight portfolios, is the result of the first ever joint Budget bid from multiple government departments.

The announcement comes as part of the Government's Wellbeing Budget, to be unveiled in full on May 30.

"Wellbeing means being safe and free from violence," Ardern said.

"That is why this package is such a significant cornerstone of the Wellbeing budget."

Ardern said her goal has always been for New Zealand to be the best place in the world to be a child – "that means supporting parents and communities to ensure children grow up in secure homes free from violence".

It also caters for 350,000 people in the Whāngaia Ngā PāHarakeke and Whiria Te Muka sites in Gisborne, Counties Manukau and Kaitaia.

Jan Logie, Under-Secretary to the Minister of Justice (Domestic and Sexual Violence Issues) said the funding aims to give providers funding security, while making available significant extra resource to break the cycle of violence and provide more women, men and children they help they need.

"We know this is a long-term project. The package we're announcing today lays the foundations for a violence-free Aotearoa New Zealand,"

The $320 million across four years will be spent on:

• Creating a safe, consistent and effective responses to family violence in every community – $84.3 million