There are 89 new cases of Covid-19 to report in New Zealand this afternoon and Christchurch will stay at alert level 2 despite two new community cases in the city.

The Government says stays in managed isolation and quarantine (MIQ) will be halved from 14 to seven days, followed by isolation at home for three days.

Authorities have been working to determine the risk to the South Island's biggest city since the two cases were confirmed last night.

But Covid-19 Response Minister Chris Hipkins told media this afternoon there was no need for Christchurch to move up an alert level, as the cases have had no major exposure events and all close contacts have been isolated and are self-isolating with their test results pending.

He said earlier today the two cases were not frequent users of the Covid Tracer App, had been quite unwell and potentially out and about in the city while infectious for several days. They were not vaccinated.

"These cases do remind us that no one in New Zealand can afford to be complacent about Covid-19 and the Delta variant, in particular. The best protection for ourselves and our wider communities is vaccination."

Hipkins believed that alert level 2 settings would continue to keep people safe by limiting gatherings, restricting worksites and use of masks and scanning.

"My thanks to the people of Christchurch and the wider South Island who are continuing to follow the rules. That will help us to stop any transmission of the virus working alongside vaccination."'

Prime Minister Jacinda Ardern later said the Government was being consistent by opting against a snap lockdown for Christchurch - even if more cases emerge in the city.

The decision to remain at alert level 2 was consistent with other responses when there was a strong knowledge of the history of the new Covid community cases and Christchurch's level 2 settings also gave the Government confidence, she said.

Finding more Covid cases in Christchurch would not necessarily plunge it back into a level 3 lockdown, she said, instead  tougher restrictions might be applied if new cases were found that couldn't be linked to existing ones.

The person who tested positive for Covid was returning from Auckland to their home in Christchurch and had a negative Covid test before departing. Ardern said that showed the difficulty and complexity of trying to contain the virus' spread.

The Ministry of Health said the Christchurch cases are from the same household. One travelled from Auckland a week ago with a childcare exemption after having tested negative for the virus. Travel to provide childcare is permitted under alert level 3 if no other appropriate person is available locally.

The other case works as a truck driver and the company the person works for is assisting with tracking their whereabouts during the four days the person was working during their infectious period. Initial information indicates the person was completing deliveries around the Christchurch area, with some trips to north Canterbury.

Both people became unwell last week, were tested on October 26, and both returned positive test results last night. Currently, there are three households where nine close contacts have been identified.

Both cases were isolating safety at home but are now in a managed isolation and quarantine facility this afternoon.

People throughout Canterbury were urged to closely monitor the Ministry’s locations of interest webpage, which is updated regularly.

In addition, people in Canterbury - especially those who live in Christchurch - with any symptoms, no matter how mild, are asked to please get tested, even if they are vaccinated. Unvaccinated people are urged to get vaccinated. Testing and vaccination sites are available throughout Christchurch.

There are two community testing centres in Christchurch, which had scaled up to meet the expected demand. Christchurch wastewater testing had not picked up Covid-19 - there would be wider testing now done.

Director-General of Health Dr Ashley Bloomfield said there are 89 new cases of Covid-19 to report in New Zealand today - 83 in Auckland (the centre of the current Delta outbreak), four in Waikato and two in Christchurch.

One further case in Auckland is an MIQ worker and is being investigated to determine whether it is a community or border-related case.

As at 10am, 39 of today’s cases have been linked - including 26 household contacts - and 50 remain unlinked, with investigations continuing to help determine their connection to the outbreak.

Thirty-seven people are in hospitals and five are in ICU.

There are also seven new cases of Covid at the border. 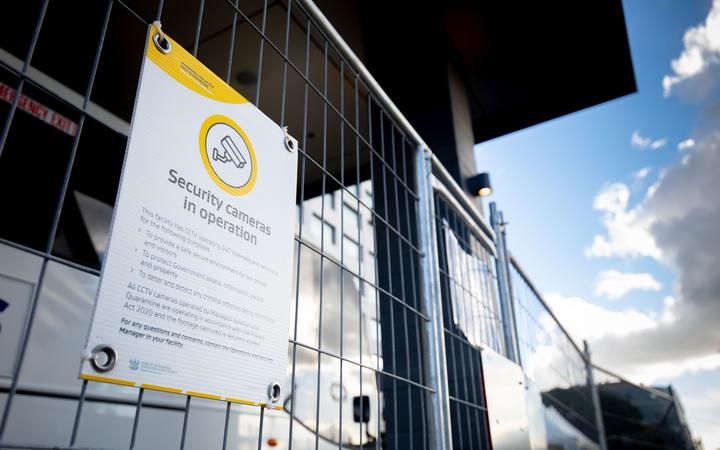 The Government said stays in managed isolation and quarantine will be halved from 14 to seven days, followed by isolation at home for three days.

Hipkins said the MIQ system had worked very effectively, but as vaccination rates lifted internationally only two to three cases per 1000 arrivals were being picked up at the border and the risk profile had also changed because Covid-19 was in the community.

He said the Government was aware of pressure rebuilding at the border and the need for room in MIQ for community cases.

Under the new regime, which will begin from November 14, arrivals must be fully vaccinated and will be tested on days 0, 3 and 6 and undertake a rapid antigen test before leaving MIQ, before a day-9 test at home.

Hipkins believed this would free up about 1500 rooms a month in MIQ. Some of this will be taken up by community cases but some will go into the booking system for travellers from overseas.

The second step will reopen the border to low-risk travellers from Samoa, Tonga and Tokelau without isolation. This one-way quarantine-free travel will begin from November 8.

Hipkins said stopping Covid-19 at the border had been a priority and New Zealand's ability to do so had led to levels of freedom over the past year and a half which were the envy of many other nations.

"As a country we owe a massive vote of thanks to our frontline MIQ and border workers," he said.

Entering the next phase, as vaccination rates increase internationally, the number of cases picked up from overseas had continued to decline. He said the overall risk profile has changed and the government had been considering how to rebalance the MIQ system.

Hipkins said it was too early to introduce home isolation immediately because Covid-19 was still mainly contained in Auckland. It would risk other cases coming up elsewhere if they were not isolating in Auckland.

He expected home isolation for fully vaccinated people by the end of the first quarter in 2022.

On those coming from overseas, Hipkins said the first priority was New Zealanders and those with visas waiting to return before moving to consider other groups such as international students.

Tourists were more of a challenge because they did not necessarily have somewhere to isolate, he said.