Adventure park to pay $12m for keeping chairlift on during blaze 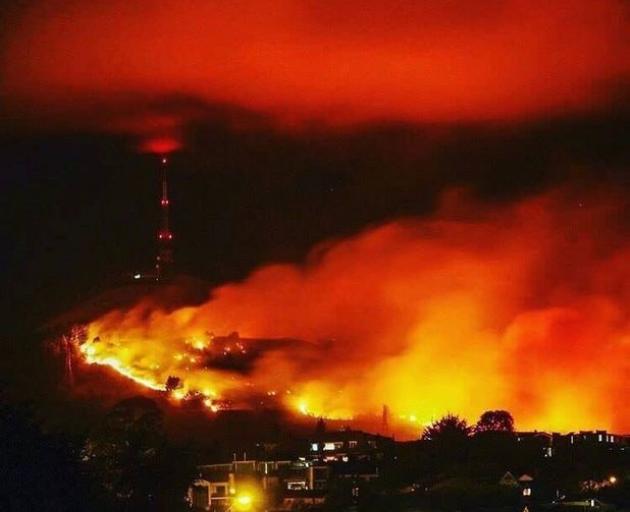 The Port Hills fire. Photo: RNZ / File
Homeowners who lost properties in the devastating 2017 Port Hills fires in Christchurch have won a $12 million lawsuit against a mountain bike park after its new chairlift was ruled to have helped spread the flames.

After protracted High Court hearings last year, a judge has sided with 80 plaintiffs who launched a civil action against the Christchurch Adventure Park.

In a 118-page judgement, Justice David Gendall has awarded four homeowners settlements of between $1.18m and $3.38m, with the rest of the claimants awarded costs to repair fire-damaged properties.

The judge found Christchurch Adventure Park (CAP) negligent in its "unfortunate actions" during the fire and financially responsible for damage under the Forest and Rural Fires Act 1997.

Local power company Orion had been included in the original lawsuit but settled with homeowners last year.

CAP staff left the chairlift running while the fire raged through the park in a bid to try and prevent it from being damaged. The $20m park had only been open about two months when the fire hit.

Plastic chairs on the lift caught fire and molten plastic dripped onto uncleared dry pine under and around the life-line, causing spot fires which developed immediately into a large fire outbreak which advanced out of the park and caused damage to neighbouring properties.

"It was this newly created outbreak of fire which caused the damage to [neighbouring] properties … This damage otherwise would not have occurred from the Summit Road Fire, a fire which on all the evidence was being largely contained."

The judgement added: "As I see it, this was the same type of situation which might occur if the Adventure Park had kept and ignited a flammable rubbish heap on its property which caused a fire outbreak that spread and damaged neighbouring properties."

The court acknowledged that an arsonist was responsible for the original fire and not CAP.

The 2017 Port Hills fires burned through nearly 2000 hectares of forestry and 11 homes, and required a large firefighting operation over several days to put it out.

The cost of fighting it reached $7.9m, including $2.1m for aircrafts costs alone.