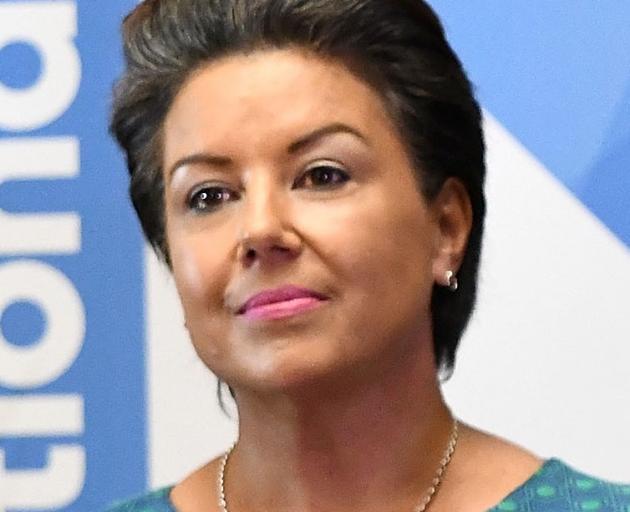 Paula Bennett will continue to represent Upper Harbour until the election, but moving to the list will free her of campaigning for that seat during the 2020 campaign. Photo: Getty Images
National Party deputy leader Paula Bennett will vacate her Upper Harbour seat in 2020, move to the party list and concentrate on running the 2020 election campaign.

Bennett was named as National’s 2020 campaign chair this morning.

Bennett told The New Zealand Herald the decision to be list-only was not about making it easier to retire from politics and not to force a byelection if National lost in 2020.

“I love being an MP. I’m adding value. I think we are going to win next year.

“There’s no concern from me about whether I’ll be in Parliament next time, and I plan on being the Deputy Prime Minister.”

She had been “really keen” for the campaign chair role, having ran the successful Northcote byelection campaign last year.

She would continue to represent Upper Harbour until the election, but moving to the list would free her of campaigning for that seat during the 2020 campaign.

The seat is a safe one for National, with 54% voters supporting National in 2014 and in 2017, slightly less than the 56% support that Bennett received in the candidate race.

It would be an opportunity for renewal to bring a new MP into a safe seat, and Bennett said there would a lot of local interest, though she would not be endorsing anyone in particular.

“I think there will be a number of people who will put up their hand. This is for our members and for the party to select a candidate.”

She would miss being an electorate MP, she said.

“I love it, and I love my electorate, but you can’t do everything.

“This campaign is going to be one of the biggest I’ve been involved, and I reckon it needs everything I’ve got, and I want to put everything into it.

“It’s only fair to my constituents that they have someone who can give 100 percent as well.”

National has traditionally only had a few senior MPs as list-only.

“She brings the right level of skills, energy and enthusiasm we need to run the most comprehensive campaign we can deliver,” Goodfellow said in a statement.

“National is well under way in our 2020 campaign preparations. Our candidate selection process has already begun, we’ve appointed our campaign chair, and our wider organisation of tens of thousands of members, volunteers and supporters are gearing up to fight this campaign with everything we’ve got.”