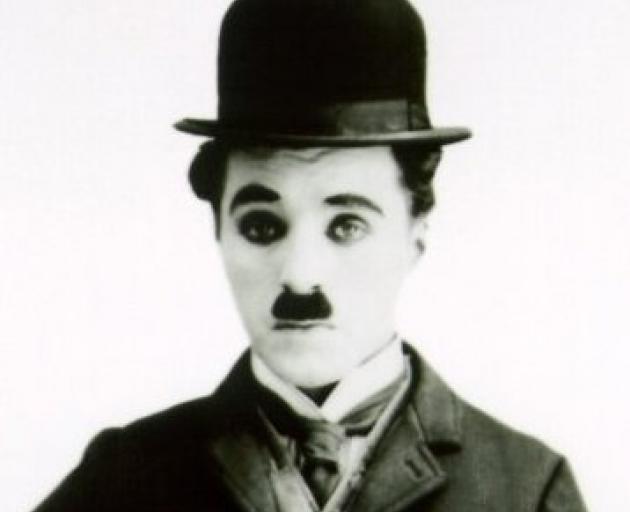 Charlie Chaplin
A week after excitedly announcing Chaplin: The Musical as its spring show, the University of Canterbury Musical Theatre Society (MUSOC) cancelled the planned performance after concerns were raised about his scandalous past.

Announcing that The Addams Family Musical will replace Chaplin, the society said on Facebook that some members had raised concerns about the selected show.

"Members of the club have raised concerns about the selected 2021 spring show Chaplin: The Musical, with regards to the predatory and inappropriate conduct of Charlie Chaplin during his life and career," it said.

"Despite being documented by credible sources, this was something that we as an exec were unaware of when selecting this show. After a meeting and discussion with the production team, we have made the decision to change our 2021 Spring show from Chaplin: The Musical to The Addams Family Musical."

The decision had not gone well with some.

One student felt this was a case where "cancel culture has gone too far".

"The cancel culture at the University of Canterbury is now so extreme that we can't put on a play about Chaplin," he said.

"A few fragile, but loud, students complained that Charlie Chaplin was a womaniser so they 'wouldn't feel safe' in a play about him.

Charlie Chaplin was an English comic actor and filmmaker who rose to fame during the era of silent film, and his career spanned more than 75 years.

Born in 1889, his childhood was one of poverty and hardship and began performing at an early age, touring musical halls before later working as a stage actor and comedian.

But in the 1940s, controversy surrounded Chaplin and his popularity declined rapidly after the press and public found his involvement in a paternity suit and marriages to much younger women scandalous.

"We believe it is paramount that as a club we take the concerns of our members seriously, and we would never want anyone to feel uncomfortable or that their complaints are ignored," the society said.

"We thank those who reached out to us with this information, and extend our apologies for this sudden and unexpected change."

The society has been contacted for further comments.

According to its initial announcement, the play was to have been based on the real life story of Chaplin, from his first performance as a child in 19th-century London to his tearful acceptance of an honorary Academy Award in 1972.

The play would have explored how Chaplin's childhood and inner insecurities shaped him and also created his biggest problems.

Chaplin was a complex character ... and an excellent study at any real university. His films, which include 'The Great Dictator' - a shattering denunciation of Hitler and Nazism, are worthy of note. He was also a victim of McCarthyism.
If people wanted to raise aspects of his personal life then surely a play would have been an excellent vehicle? Or was it all too hard?

That would require nuance, something the new puritans sadly lack.

The Addams Family Musical eh? Let's not forget Morticia allows Wednesday to electrocute Pugsley as part of family life so we can't have that now can we?

Life is full of unpleasant realities, students claiming "they wouldn't feel safe" watching a play about the life of Charlie Chaplin is a little feeble. What if students happened for example to be studying law and one day had to face a particularly nasty rape case in court, or a trail exposing other traumatic violent offending. if a play about Charlie Chaplin is deemed inappropriate and "unsafe" then how on earth would they cope outside the university in a world full of much harsher realities? Theatre is often a platform to showcase difficult themes and stories that can stimulate conversation and raise awareness of problematic topics and events.

So, if anyone has done anything that offends the readily offended it must be banned. If these people look in a mirror they will need to ban themselves! Time for them to grow up.

When are we as a society going to have a discussion about whether cancelling 'problematic' things and shutting them down is even effective at stopping the spread of their ideas? I think that should be done before we keep arguing over what is problematic.

Younger 'women' is a euphemism. Don't cancel, but check your moral compass.

Am only assuming these wokesters doing the cancelling have lived a perfect existence. What a feeble cohort of humans

Charles Addams was known as a rascal around the neighbourhood. The police once caught him breaking and entering. He fantasised while visiting cemeteries. He used to retouch photos of corpses to remove the blood from them. Addams complained "A lot of those corpses were more interesting the way they were." Addams hated children but just loved the sex so his wife divorced him. He was a womaniser and slept with women such as Greta Garbo, Joan Fontaine and Jacqueline Kennedy. His 3rd marriage took place in a pet cemetery. The guy is a thief and a womanising deviate – so I won’t be going to this show!

Then dont. I assume you hate on Captain Cook for his evil deeds of colonisation too?

while factual McRae - please read the sarcasm in my post will you! sheesh PS Capt Cook was a hero

Cry me a river, then give me the name of someone in this world that is or has been perfect. Getting over these very sensitive people in society and well over these people that pander to their whingeing. Enough is enough.

"A few fragile, but loud, students complained that Charlie Chaplin was a womaniser so they 'wouldn't feel safe' in a play about him" awwww you precious wee petal, do you want us all to hold hands and sing kumbaya......... oh wait......