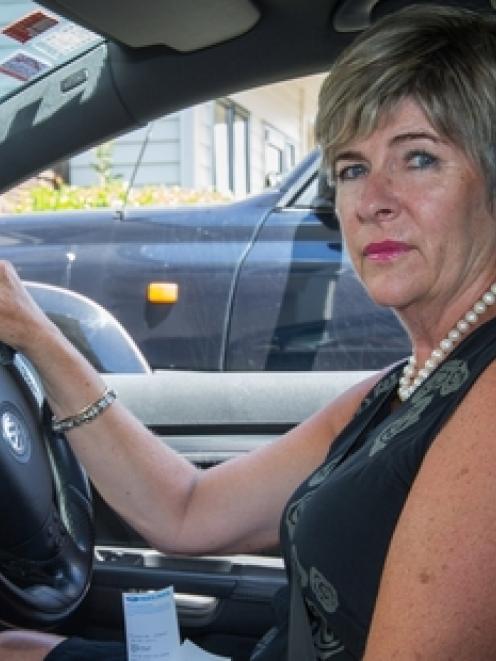 The Tournament company also says the grace period before issuing the $65 breach-of-parking-contract fees varies from site to site.

Herald readers have reacted angrily to the practice and related their own experiences of the fee at Tournament and Wilson sites.

The operators say the fee is a cheaper and less stressful alternative to clamping and towing when motorists do not comply with the terms and conditions that they accepted by entering the site.

It was made up of a $40 administration fee and a $25 parking fee, which had been calculated across a number of different carparks to be the average of what the lost income would be when people returned to vehicles.

"It is the average we have come up with over the course of a number of years and there is also a $40 administration fee," she said.

"The Disputes Tribunal has upheld the $40 and $25 as a fair and reasonable amount."

Ms Valentine said a grace period before the breach notice was written out varied from five to 10 minutes between the carparks.

Aucklander Vivienne van Dorsten told the Herald her $65 breach notice was written out five minutes after expiry at Tournament Newmarket. "That's no leeway when I'd prepaid $18.50 for three hours just to be safe, because my cut and colour at the hairdressers doesn't usually take that long."

When told that Tournament allowed five minutes' grace for the Newmarket site, Mrs van Dorsten said she now understood why the carpark was under-used.

"I'm stunned that my five minutes' overparking was worth $25 and that my $65 compensates Tournament for other people at other carparks being an hour or so over."

Mrs van Dorsten also said she had written in to appeal but was worried since the Herald told her that Tournament insisted on proof of what time people returned to their cars.

"I arrived back eight minutes late but how do I prove it?"

Herald reader Emily Stuart said she thought it was a 10-minute grace period when she arrived back nine minutes late to find a $65 breach notice on her car in the Wilson Parking site in Auckland CBD.

"How can they support the grace period in some carparks if they are not prepared to support [them] in all?"

The Commerce Commission is investigating Wilson Parking for its signs, pricing and the terms of the contract between the company and the consumers.

By Wayne Thompson of the New Zealand Herald