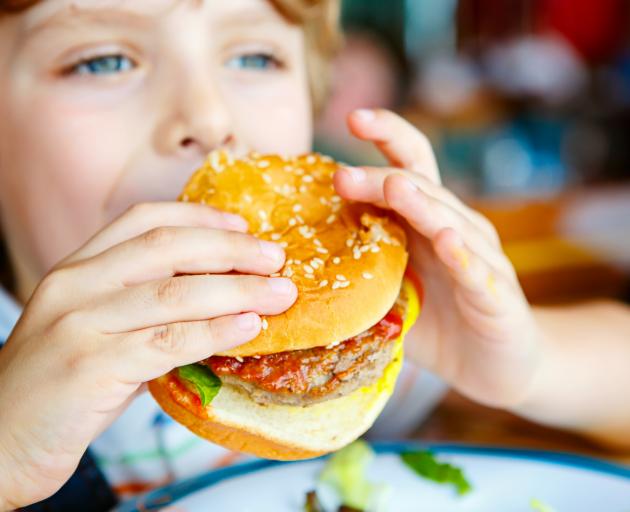 Researchers want officials to curb the use of sophisticated junk food marketing schemes that target children
The Government must step in to curb the marketing of unhealthy food to children and young people, argues a leading public health researcher.

The call by the University of Auckland's Professor Boyd Swinburn, sounded in the New Zealand Medical Journal, comes as researchers say sophisticated marketing methods, such as cookies and advert-linked gaming, are being used by food websites to target children.

Swinburn has claimed a submission by 77 New Zealand health professors to a recent industry review of self-regulatory advertising codes had been "largely ignored''.

A review panel, reporting to the Advertising Standards Authority, has proposed a single voluntary code on advertising to children to replace the existing two children's codes which cover food and general advertising.

In a paper featured in the journal today, Swinburn evaluated the proposed new ASA code against eight criteria in the professors' submission for an effective code.

"The evaluation found that the proposed code largely represents no change or uncertain change from the existing codes,'' he said.

"It can not be expected to provide substantial protection for children and young people from the marketing of unhealthy foods and there is no indication that independent monitoring will be implemented to assess the code's effects.''

Swinburn said the ASA Review Panel received 91 submissions - including 52 from public health and nutrition organisations that called for substantially strengthened codes, and 15 from the food and beverage industry sector, which largely opposed stronger codes.

"Although there is no evidence that industry-controlled, voluntary codes are effective in reducing marketing to children, public health groups actively participated in the ASA review in the hope of strong outcomes.''

New Zealand had an unacceptably high prevalence of childhood obesity - a third of school-aged Kiwi children are overweight or obese - and Health Minister Dr Jonathan Coleman had made it one of his priorities to reduce this rate through the government's childhood obesity plan, he said.

"Achieving this goal will require a significant reduction in the marketing of unhealthy foods and beverages to children and young people.''

Yesterday, Coleman did not directly respond to Swinburn's call, and said the researcher's views were "well known''.

"The fact is that we're one of very few countries to have a national target supported by an evidence-based 22-point plan,'' he said.

"This review will greatly strengthen our current arrangements.''

ASA chief executive Hilary Souter could not yet share details of the code, but said there had been a "high level of engagement'' from industry, and "people want to get this right''.

The ASA had undertaken a "comprehensive review'' and the new code would be released shortly, she said.

A spokesperson for the New Zealand Food and Grocery Council said its position on the matter remained unchanged from its own submission, which included a recommendation to redefine the age of "a child'' in the codes from 14 to 12.

"This [University of Auckland paper] is part of an ongoing, multi-pronged campaign by public-funded lobbyists to force legislative change."

A new study by University of Auckland researchers found one in three of the 70 food company websites analysed used marketing techniques intended to engage young people.

"These marketing techniques used on food brand websites are very sophisticated and intended to engage children as much as possible with the brands,'' food policy researcher Dr Stefanie Vandevijvere said.

Most techniques appeared more frequently on websites specifically targeting children and adolescents, than on other websites targeting the general public.

"While the numbers of children visiting food brand websites is not that high, it is still an important mode of advertising which is promoting unhealthy foods,'' Vandevijvere said.

The extent of food marketing on popular non-food websites was low.

Rebates, such as combo meals, value packs or special discounted items were found on 13% of the websites, mainly for fast food restaurants.

In total, 91 advert-linked games were identified on food brand websites, ranging from one to 76 games per website.

The majority of advert-linked games included features to extend the game (76%), such as leader boards - including rank, nickname, best game and total score of all games, the opportunity to post scores publicly, and play again options.

Some games (30%), created opportunities to personalise with the character/player in the game. None of the websites with advert-linked games specified age restrictions or required parental consent to play the games.

"Some unhealthy food ads on television are seen by more than 25% of children in New Zealand every day, but website marketing techniques might be more engaging than for traditional media,'' Vandevijvere said.

"But regardless of potential exposure, food companies should be pulling down these children's sections on those websites, if they want to become part of the solution for childhood obesity.''