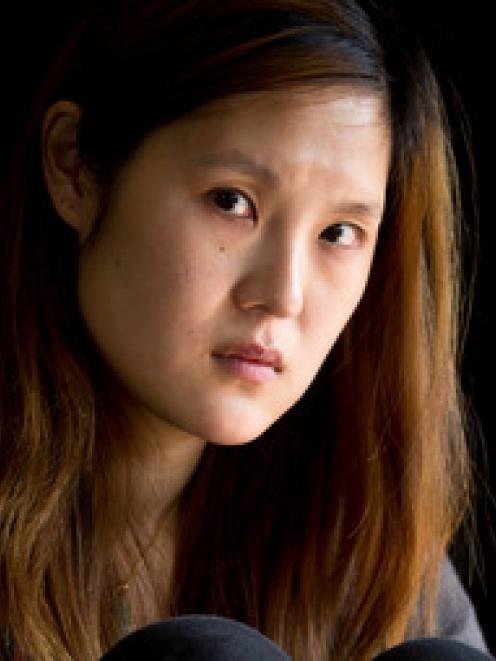 Bevan Chuang. Photo / Greg Bowker
The woman at the centre of the Len Brown sex scandal says she felt pressured to reveal the affair by a member of his right-wing rival John Palino's election team - and is now sorry she went public.

Bevan Chuang told the New Zealand Herald she entered an intimate relationship with Luigi Wewege, a member of Mr Palino's failed campaign team, who wanted her to expose the mayor's infidelity when he found out about the affair.

"Luigi started pursuing non-stop about how I should tell on Len," Ms Chuang said. "I was asked to record phone calls because that's when Len would say all the dirty stuff."

She says Mr Wewege wanted to publish the allegations on the Whale Oil blogsite, run by Cameron Slater, to ruin Mr Brown's reputation before the election but she refused to swear an affidavit and produce text messages to corroborate her story.

The 32-year-old was herself standing as a candidate in the Auckland local body elections on a right-leaning ticket and provided the evidence only when her world began "falling apart" on Sunday, when she failed to be elected by 211 votes.

"I narrowly lost the local board seat and Palino lost too, and ... [that] just increased the pressure about exposing the affair," she said.

"I was under immense pressure ... I have tried to reach out to Len for help, but I have not heard anything. The pressure ... [was] simply too much to handle."

When news of the scandal broke on Tuesday, Mr Palino said he had no knowledge of the affair or who was involved. Later in the day he issued a statement saying he would not be commenting as it was a personal matter for Len Brown and his family to deal with.

Last night, Mr Palino said he also had no knowledge of an intimate relationship between Mr Wewege and Ms Chuang.

He said Mr Wewege, who mainly handled his social media, advertising and marketing, told him he was friends with Ms Chuang but he did not know about his social life.

Mr Wewege, 28, denied on Tuesday and again yesterday the claims made by Ms Chuang.

"I have never been in a relationship with her. She wasn't involved in the campaign," he said.

Mr Wewege said his only involvement with Ms Chuang was they both served on a young leaders' Auckland programme and sometimes went to the same functions.

But Ms Chuang later supplied the Herald with explicit messages the pair exchanged on Facebook to back up her claims of a relationship.

The messages indicate they had a sexual relationship and Mr Wewege put pressure on Ms Chuang to gather evidence against Mr Brown.

She had told Mr Wewege on August 28 she could not "get any evidence" from Mr Brown because he would not talk to her.

"And it won't help my future by saying that I've been involved in an extramarital affair?"

A month out from the elections, Mr Wewege replied: "Baby but YOU can change the election".

Mr Wewege could not be reached last night to comment on the messages.

Cameron Slater told the Herald there was "no vast right wing conspiracy" and Ms Chuang approached him with the sex claims. He confirmed he also spoke with Mr Wewege but said he did not tell his father, Palino's campaign manager John Slater, or Mr Palino.

"She came to me but I don't know what went on with her and Luigi."

Mr Slater said he would have published the story during the election if he had proof to back up her claims but Ms Chuang was reluctant to provide it.

"We couldn't run the story without a sworn affidavit from her and the text messages."

He said "everything went quiet" until he wrote a blog post on Tuesday last week urging readers to vote for Mr Palino with a vague reference to Mr Brown and "Asian beauties".

"I got a threatening text, [Ms Chuang] got a text, my dad got a text. All from the same number."

He also believed the website post forced Mr Brown to tell his wife about the affair and the threat convinced Ms Chuang to sign an affidavit and provide the text messages needed to run the story.

"At the end of the day, Len Brown has been exposed and he needs to stand down."

Mr Slater's father is John Slater - a former National Party president and president of the Communities and Residents' council ticket - who acted as Mr Palino's campaign manager in the election. John Slater said he had no knowledge of the affair or the identity of the woman and had no involvement with the story on his son's website.

Ms Chuang, in statements previously released by Cameron Slater, denied that her sex claims were politically motivated and said she, and members of her family, voted at this election for Mr Brown.

Mr Brown, who is married with three daughters, was forced to admit the affair after Mr Slater published Ms Chuang's anonymous version of the relationship on Tuesday which included details of sexual liaisons in his office and the Town Hall.

The Herald identified Ms Chuang as the mistress and yesterday she said she was sorry for the "hurt and pain" that the saga had caused.

"I was also brought up in a family where my father had an affair and I know how hard this will be for Len's wife and three girls," Ms Chuang said.

"I also want to apologise to Len for my foolishness and hurt I've caused and I wish I can do this in person, but of course that will no longer be possible."

The 32-year-old said she started seeing Mr Wewege intimately about a year after her affair with Mr Brown began, but they broke up after about three months.

However, Ms Chuang said they started having sex again after meeting at a local Chinese television station in July at the beginning of the mayoral campaign where she learned he was working for Mr Palino.

Mr Palino said Ms Chuang offered to come on board his campaign early on and help out, but she was told by the Communities & Residents group that she could not help out and had to concentrate on her own campaign for a seat on the Albert-Eden Local Board.

The right-wing rival of Mr Brown said he saw Ms Chuang about six times during the campaign, mostly at Asian events he attended.

Ms Chuang said Mr Wewege - after learning that she was sleeping with Mr Brown - started bombarding her with text and Facebook messages to expose the affair.

Facebook messages between her and Mr Wewege revealed the discussion of "a plan" but after repeatedly refusing to co-operate, Ms Chuang finally agreed when she said her world started "falling apart" after the election. She signed an affidavit, prepared by freelance journalist Stephen Cook, which revealed the sordid details of her two-year affair with the mayor and the story was published online.

"I really didn't want to do it and I feel really horrible about it, I really didn't think that Len deserves it," she said. "I genuinely still care about him, not that I love him or anything, but I still care."

The allegations forced Mr Brown to admit the affair and Ms Chuang said she felt "really bad and so sorry" when she watched him being interviewed on television by John Campbell.

Ms Chuang said she has been receiving "threats and nasty messages" since the story broke and was worried for her own safety and that of her family. She was told that a "half naked" photograph of her taken at a friend's 50th birthday party and emails suggesting she was a "wild party girl" were being circulated to destroy her reputation.

Ms Chuang was now staying with friends at an undisclosed location.

* John Palino denies any knowledge of affair between Len Brown and Bevan Chuang.

* Luigi Wewege denies Chuang was part of the Palino campaign or having a relationship with her.

* Wewege says Chuang didn't do a "single thing'' for the Palino campaign and he had no relationship with the woman.

* Herald obtains messages between Wewege and Chuang which indicate pressure was placed on her to expose affair with Brown.

Chuang: Because I told you he no longer talks to me

Wewege: That's why we need him out of office and a Pro bevan person in! :)

Chuang: But he doesn't talk to me, how can it work. Night babe X

Chuang: I absolutely undoubtedly love you. I just don't know if you do

Wewege: Not true! You just make me sad sometimes

Chuang: Because I feel that you only want me to get evidence for this campaign

Wewege: Not true at all although that would be very nice :)

Wewege: Baby anything on our plan? Please I need good news...

Wewege: baby you are sooooo mean to me!

Chuang: I'm just being honest. I've told you why it doesn't work.

Wewege: baby you are not trying hard enough

Chuang: I have! Seriously!!!

Chuang: Your plan would only work if LB talks to me. And please stop asking me.

Chuang: i can't get anything from len. text, phone call nothing. So please stop asking and giving me pressure.

Chuang: And really disapointed with you. All you cared about is how I can help you get incriminating evidence so John could win. You've never considered my feelings or situations. Actions speak louder than words. My love for you is unconditional. And if you can't do that, stop telling me that you love me if you don't.

Wewege: I literally work 24/7 and something small you know you can do change my life and you won't do it! :(

All it is ... is just a shrewd of evidence and I promise you are fully protected! Baby I have everything set up people are just waiting for you.

So close to less stressed Luigi who can lay in bed all weekend with Bevan!!!!!

Chuang: I can't get any evidence because he won't talk to me.

And it won't help my future by saying that I've been involved in an marital relationship?

he won't interact with me at all and you keep pressuring me, blaming that I won't help, etc.

it is just like you don't want to talk to me, won't listen to me, and won't believe me. what else can i do

I don't mind if your love is conditionally; I don't mind if you want to take advantages of me; but I mind that you are blaming me on something I have no control of and continue to tell me why I should be punished.

You are angry with me because I can't help you with your career. I am heartbroken because you don't trust me. at least that is how I feel.

Not punishing just felt sad because I thought you weren't helping that's all!

Wewege: Baby but YOU can change the election!?

Chuang: No I cant

I told youa thousand times why and I wont repeat it

Wewege: Baby there might be something from last year. Pleaaaaase look!

Chuang: No I don't. I told you he never sent me text like that. Always verbal