Concerns over unfair queue-jumping for visas 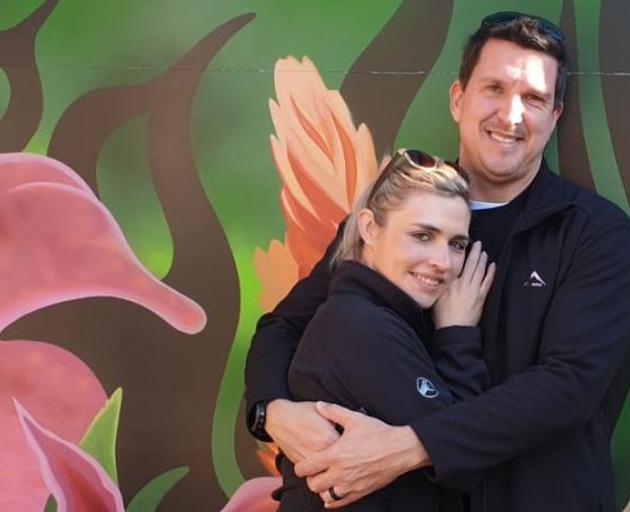 Ross Cromarty and his wife Jo are still waiting to find out if they can settle in New Zealand. Photo: RNZ/supplied
Immigration New Zealand is facing questions over whether it is allowing unfair queue-jumping amid long waits for visas.

Immigration figures show unprocessed applications from skilled migrants for residence jumped from 8000 to 19,000 in the last year.

But while queues for visas are lengthening, not everyone is having to wait the same time.

Immigration adviser Erin Goodhue, who used to process skilled migrant (SMC) residence visas at Immigration New Zealand (INZ), said immigration was now in an "astounding" situation, both in delays and lack of transparency.

"For many years, allocation of SMC applications was done on a 'first in, first out' basis," she said. "The SMC team has always had a queue, but I have never known the queue to be eight months long in all the time I have been dealing with INZ, both as an INZ employee or as an adviser.

"This current approach to the allocation of SMC applications is incredibly unfair to the vast majority of applicants who are invited to apply on the basis of having 160 points or more and lodge their application in line with what is required by immigration instructions, only to have other applicants jump the queue in front of them just because INZ have set their own criteria for those they deem to deserve residence more quickly.

"This criteria is not publicly available and I don't believe INZ are operating in a fair or transparent manner by continuing with this practice." 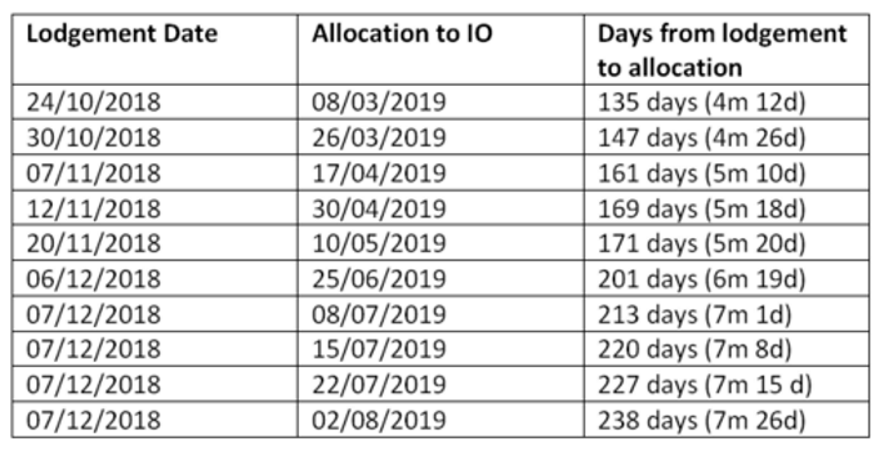 Table shows residence applications and how long it’s taken for them to be allocated since October last year. Photo: Supplied to RNZ

The oldest applications - submitted in December last year - were not allocated at the start of July and still had not been, which showed how many later applications had been picked out first, she said.

Immigration's website showed 75% of applications were completed within eight months, but that was skewed by the fast-tracking of certain applications, she added.

Among those in the queue to be assigned to a case officer is Ross Cromarty and his young family, who moved from Johannesburg to Tauranga a year ago.

"It's obviously really important for us to know that we can settle in this country, which is what we really want," the father-of-two said.

"What is our future? It's really tentative for us and it's a struggle for us daily to worry about, when is this going to happen and why is there such a delay? I don't think it ever goes out of the back of your mind, you're always worried about it."

Mr Cromarty's residence application was submitted in May and is not expected to be finished until next year.

He is a business development manager at Infinity Lighting, which supplies specialist industrial lighting, and the company's owner, Phil Fuller, said the delays were not good enough. 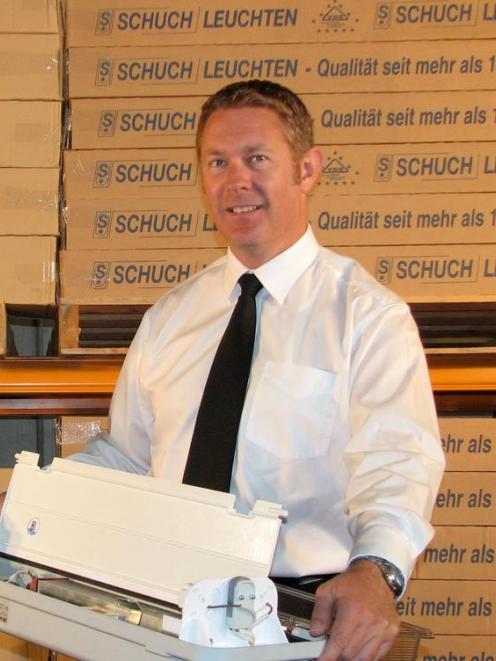 Phil Fuller, the director of Infinity Lighting, says residence visa delays are unfair as immigrants and businesses need certainty. Photo: supplied
"We have spent significant money in the first place recruiting Ross and then obviously ongoing training and he's now building relationships with some of our key customers.

"Yet there's no certainty around will he actually be able to stay in the country."

INZ said it resourced itself according to the number of residence visas the Government wanted, and denied it was on a "go-slow" to meet lower immigration ceilings.

That is at a time when the number of new residents being approved fell to the lowest level since the turn of the century.

With such long queues, some applications were prioritised, Mr Elms said.

"The majority of applications that we allocate are based on first-in first-out, but we also have the prerogative to prioritise applications where circumstances warrant it," he said.

"At the moment, because we've got a queue of applications, we do prioritise on the basis of those highly skilled and high demand jobs.

"For argument's sake, we prioritise applications for the likes of those professions that require professional registration, which means that we're able to prioritise the allocation of registered nurses, of doctors, of other medical professionals, of teachers, of electrical engineers."

An email from an immigration manager showed internally set and unpublished criteria also includes salary and working for a government department.

The Association for Migration and Investment said the Government seemed happy to have skill shortages filled by temporary workers, but more changes might be looming to how people become permanent residents.

Its chair, June Ranson, said one possibility is New Zealand might implement a ballot system to restrict residence numbers.