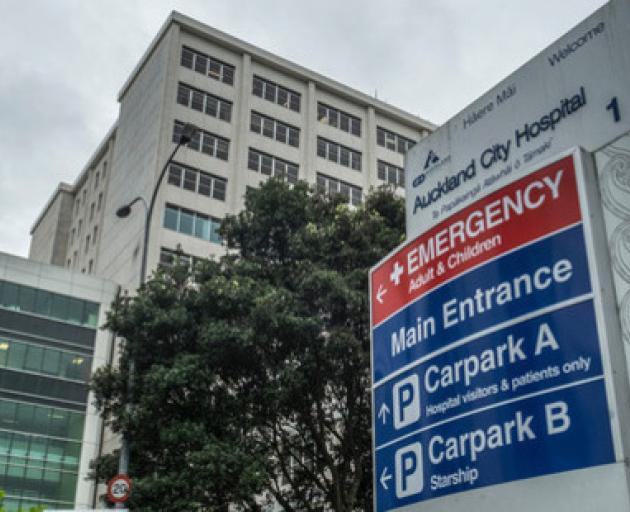 A student accommodation provider, who asked not to be named, said the male student was coughing when he arrived at his accommodation yesterday from Hubei Province, the epicentre of China's coronavirus epidemic.

The accommodation provider sent him to the hospital, which is understood to have to have taken tissue swabs that have been sent to Australia for analysis.

"He is in isolation right now at Auckland Hospital."

Public health authorities said they would not comment on individual cases, but that there were no confirmed cases of coronavirus in New Zealand.

The flu-like virus broke out in the central Chinese city of Wuhan at the end of 2019. While China has since moved to lock down most of Hubei province, the virus has still spread to more than a dozen countries from France to the United States.

China confirmed on Tuesday that the national death toll had risen to 132, with 5974 confirmed cases. The virus spreads in droplets from coughs and sneezes and has an incubation period of up to 14 days.

Dr Caroline McElnay, Director of Public Health at the Ministry of Health, said there weren't any cases in New Zealand that have "met the definition of a suspected case" but did not directly comment on whether anyone was in isolation.

Four people have also been tested for the virus at Rotorua Hospital. Lakes District Health Board said that "while they were found to have no symptoms that would indicate infection with the virus, a range of tests were taken for processing".

The accommodation provider said an Auckland DHB nurse emailed him today asking him to accommodate the student until his test results were analysed. He refused because of concern for other students in the building.

"It may be two weeks till we get the tests back, and they are asking me if I will house him. I have hundreds of students in the building right now." he said.

The provider said he was asking all his students to fill in "profiling" questionnaires and have their temperature taken. The Hubei student's temperature was normal.

"But he was coughing. He's from Hubei. He is from the epicentre of this virus," the provider said. "So we sent him to the hospital right away. That's what people should be doing at the airport." 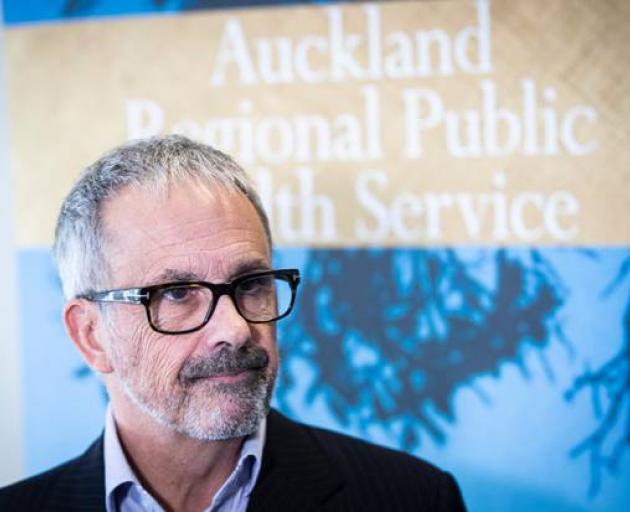 Dr William Rainger, Auckland Regional Public Health Service director, says a person may be isolated in hospital if there is no appropriate place to isolate them pending test results. Photo: NZ Herald

Dr William Rainger, director of the Auckland Regional Public Health Service, said New Zealand was taking a cautious approach and a number of unwell people were being assessed even if they were not "suspected cases".

"Although we can't comment on the specifics of an individual patient, we want to reassure the public that robust public health processes are in place to protect our community and to support people who are in isolation at home or in other accommodation."

Ministry of Health and World Health Organisation guidelines - which ARPHS follows - state that people who aren't ill enough to require hospitalisation should go into isolation in the community, whether at home or other appropriate accommodation, Rainger said.

ARPHS would assess whether the accommodation was appropriate, such as whether help could be arranged with shopping to avoid the person going out.

"We do not ask whether someone can be accommodated in student accommodation unless this assessment has been completed and proper arrangements are in place.

"If no suitable accommodation is available, then other arrangements are made, which can include keeping the person in isolation in a hospital until we receive test results."

National Party education spokeswoman Nikki Kaye said she was concerned about the lack of alternative accommodation for students from overseas and had raised this with ministers.

"I am very concerned about the lack of alternative accommodation or isolation facilities where host families or tertiary providers [who] do not wish to provide accommodation or it's not appropriate while they are waiting for the 14-day period or testing," she said.

"I am also very concerned at a report where a student has showed symptoms of being unwell and they have testing being sent to Australia. As I understand it, health officials asked whether they can be housed in student accommodation while test results are returned.

"In my view this is not appropriate given the close proximity of students. There urgently need to be isolation beds or alternative safe accommodation with appropriate processes to mitigate risk. I have elevated this to ministers."

Meanwhile at least three students from Hubei's capital city Wuhan, where the epidemic is believed to have started in a wildlife market, have returned to New Zealand this month.

Auckland Grammar School headmaster Tim O'Connor said two of his students from Wuhan were staying with homestay families. They have been asked not to attend school until 14 days after they arrived back in New Zealand, and "will begin returning to school next week".

Macleans College principal Steve Hargreaves said one of his two students who were reported to be stuck in Wuhan last week has now arrived in Auckland and is also staying with a homestay family.

McElnay said the likelihood of a case turning up here is high but the Ministry was well prepared and the risk of an ongoing outbreak in New Zealand was low.

"The Ministry of Health is taking this international outbreak extremely seriously. DHBs and public health units are on high alert for people presenting with symptoms of this disease, with a relevant travel history.

"The ministry is in close contact with DHBs and other agencies and we have robust processes in place for formally identifying and confirming cases of novel coronavirus.

McElnay said there was understandably a lot of concern about the illness.

"New Zealand is taking a precautionary approach and DHBs are beginning to respond to requests for assessments of unwell people. To date no-one has met the definition of a suspected case.

"The Ministry is committed to providing advice and information to the public as soon as possible, if a case is confirmed here."

The Ministry of Health defines a suspected case of novel coronavirus as a person who:

• Has a severe acute respiratory infection (ie infection with a history of fever or measured fever of at least 38C, as well as a cough, with onset in the last 10 days, who requires hospitalisation and has been to a place with a sustained outbreak in the 14 days prior to symptom onset;

• A person who has been in close contact with a confirmed case of coronavirus while that person had symptoms, and d.evelops acute respiratory illness of any severity within 14 days of contact.

Time to stop all flights from China as a temporary measure until someone works out how to detect people with the virus before the symptoms are displayed by carriers. Better to be safe than sorry. Bianco research has accurately modelled the growth of the virus, they estimate 100,000 by the Feb 2 will be infected and 100 MILLION by the end of February- simple math.