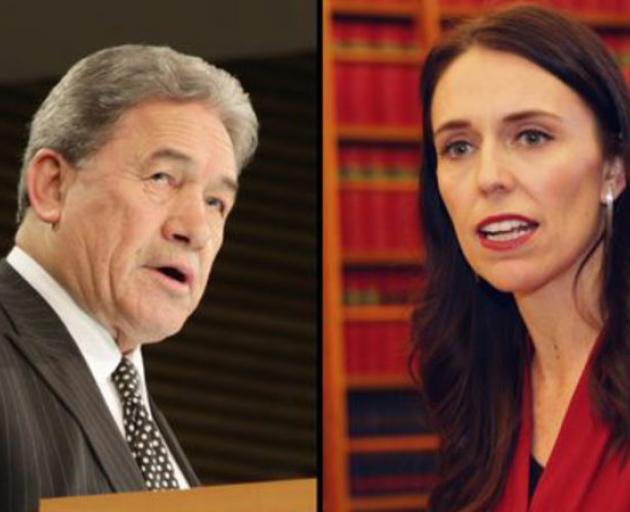 The Government announced its proposal on Monday that would mean women, in consultation with her doctor, can decide whether to have an abortion until 20 weeks' pregnant. Photo: RNZ

Deputy Prime Minister Winston Peters has lashed out at the Labour Party, saying the coalition partner has not acted in good faith.

Peters, the leader of New Zealand First, has also said that Justice Minister Andrew Little should not have been surprised to learn that the party would push for a referendum on abortion law reform.

The Government announced its proposal on Monday that would mean women, in consultation with her doctor, can decide whether to have an abortion until 20 weeks' pregnant.

After that, the person performing the procedure will have to "reasonably believe the abortion is appropriate with regard to the pregnant woman's physical and mental health, and wellbeing".

The proposal followed a series of consultations with New Zealand First MP Tracey Martin, who told Radio NZ on Tuesday morning that the party had no plans to push for a referendum on the abortion bill, which has its first reading today.

But after the Tuesday caucus meetings, Peters told reporters that pushing for a referendum was on the cards, and has since confirmed that the party will seek to add a referendum to the bill at its committee stage.

Little was taken by surprise, saying it was "a bit unusual" for it to be raised at this stage.

But Peters said it has long been the party's policy to seek a public mandate on conscience issues, and it was proper for the party to consider the matter only after the proposal had been finalised.

This morning Peters told Sky News that abortion law reform was part of Labour's 2017 campaign, but not New Zealand First's, nor is it mentioned in the Labour-New Zealand First coalition agreement.

"You should pay attention to other parties' policies. I know what their policy is. They campaigned on it. We didn't. Did it come up in our coalition talks? No it didn't."

Little shouldn't have been surprised, he said.

"If you want to good look at the chronology of this event, the only party that has acted in good faith is us.

"It wasn't part of our coalition agreement, so why is it there? The fact that we're prepared to accept that they've put it there is a matter of good faith on our part.

"If anyone got blind-sided, it was us. But we didn't get upset or have a hissy fit, as some do in politics."

It's not the first time Little has been taken by surprise by NZ First.

He believed he had their support to repeal three-strikes criminal legislation, only to find out, at the last minute, he didn't.

Little suggested on Newstalk ZB this morning that Peters had given him a personal assurance of support to repeal the three strikes legislation, but then back-tracked.

"If you wanna go back a year or so, and I'd been in a situation of asking Winston Peters personally about something, which then a different outcome resulted."

He said he discussed the possibility of different referenda with New Zealand First last year.

"The issue came up, 'What about abortion?' and all the indications were that this wasn't going to be called for by anybody."

Asked if Peters had stiffed him, Little said people could characterise it how they wanted.

Little has said he had no intention of doing a deal with New Zealand First to have a referendum to secure their MPs' votes.

He was "fairly" confident that the bill had enough support to pass.