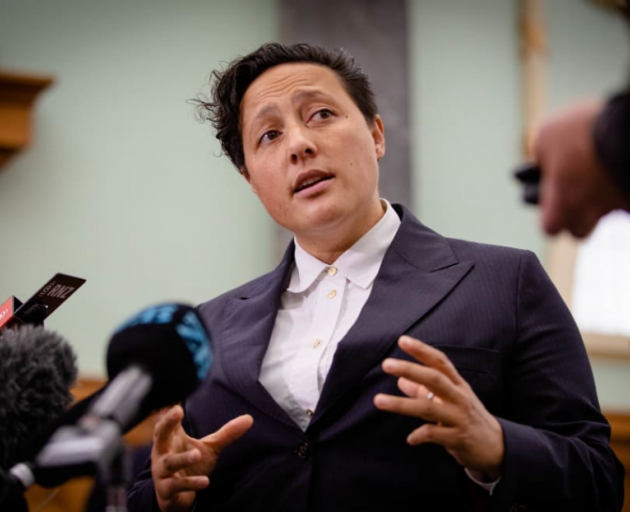 In a statement, Allan said an Electoral Amendment Bill would soon be introduced to tighten the rules for disclosure of political donations and loans, and temporarily widen access for overseas voters.

The bill would require the identity of donors of more than $5000 to be made public - down from $15,000 - along with loans to candidates from unregistered lenders.

Parties would also be required to make public their financial statements, the number and total value of non-anonymous donations below $1500, and the proportion of total donations that are non-monetary.

Allan, who came to the role two weeks ago, said public and targeted consultation showed New Zealanders wanted greater transparency about how candidates and parties were funded.

"Better transparency of party and candidate financing helps support public trust and confidence in our electoral system. These changes will provide the public with more of the information they want," she said.

It comes as a trial for two men accused of fraud over donations to the New Zealand First Foundation continues at the High Court at Auckland.

Indeed, donations to political parties were a hot topic during the 2020 election, with the Serious Fraud Office also looking into donations to Labour, National and the Māori Party. The Labour and National cases are expected to be heard together in a 10-week trial next month.

The amendment would also change the rules for next year's election to extend voting rights for New Zealand citizens and permanent residents living overseas, due to travel constraints during the Covid-19 pandemic.

Citizens would have to have visited within the past six years - up from three - while permanent residents' eligibility would be extended from one year to four.

However, this change would only be specific to the 2023 general election.

"There have been some unique challenges facing New Zealand citizens and permanent residents who haven't been able to return home over the last two years, including Covid-19 travel restrictions and mandatory isolation requirements," Allan said.

"While many requirements have been lifted, overseas voters still face considerable financial, travel, health, and logistical barriers to returning home, including the risk of further Covid-19 restrictions."

She said permanent changes to overseas voting eligibility would be considered by the independent review of electoral law reporting back by the end of next year.

Drawn from the biscuit tin last month, the member's bill would also have allowed Māori roll voters to change roll at any time, lower the voting age to 16, overturn the prisoner voting ban, and implement the recommendations of the 2012 MMP review.