Controversial church leader Brian Tamaki has revealed he spent his time in solitary confinement and lost 7kg while he was locked up in an Auckland jail.

Returning to social media for the first time since being released on Wednesday evening, the Destiny Church founder shared what happened during his time in custody for allegedly breaching bail conditions by attending a protest in Christchurch, including details that he was separated from all other prisoners at Mt Eden Corrections Facility.

Describing it as "having a little rest and vacation" he thanked everyone who supported him while he was remanded in custody for 10 days.

"I couldn't hear anything ... those walls are pretty thick but I knew, because Hannah would tell me in our conversations, that you were out there singing, praying, having hangis while I was in there on dry toast and Marmite."

Appearing as a guest on his wife's livestreamed show "Hannah's Truthful Media", he said he was confined to a small concrete jail cell the entire time.

"Solitary confinement is 24 hours to your cell because they didn't want me to be mainstreamed," Tamaki said.

He didn't know if it was for his own safety or to keep other prisoners safe from him.

However, word that he was going to be locked up in the Mt Eden facility had spread through the prison grapevine well before he had arrived.

Tamaki said his days were spent studying the Bible and preparing sermons.

He also ended up shedding weight, disclosing he was now 7kg lighter than when he first entered jail. 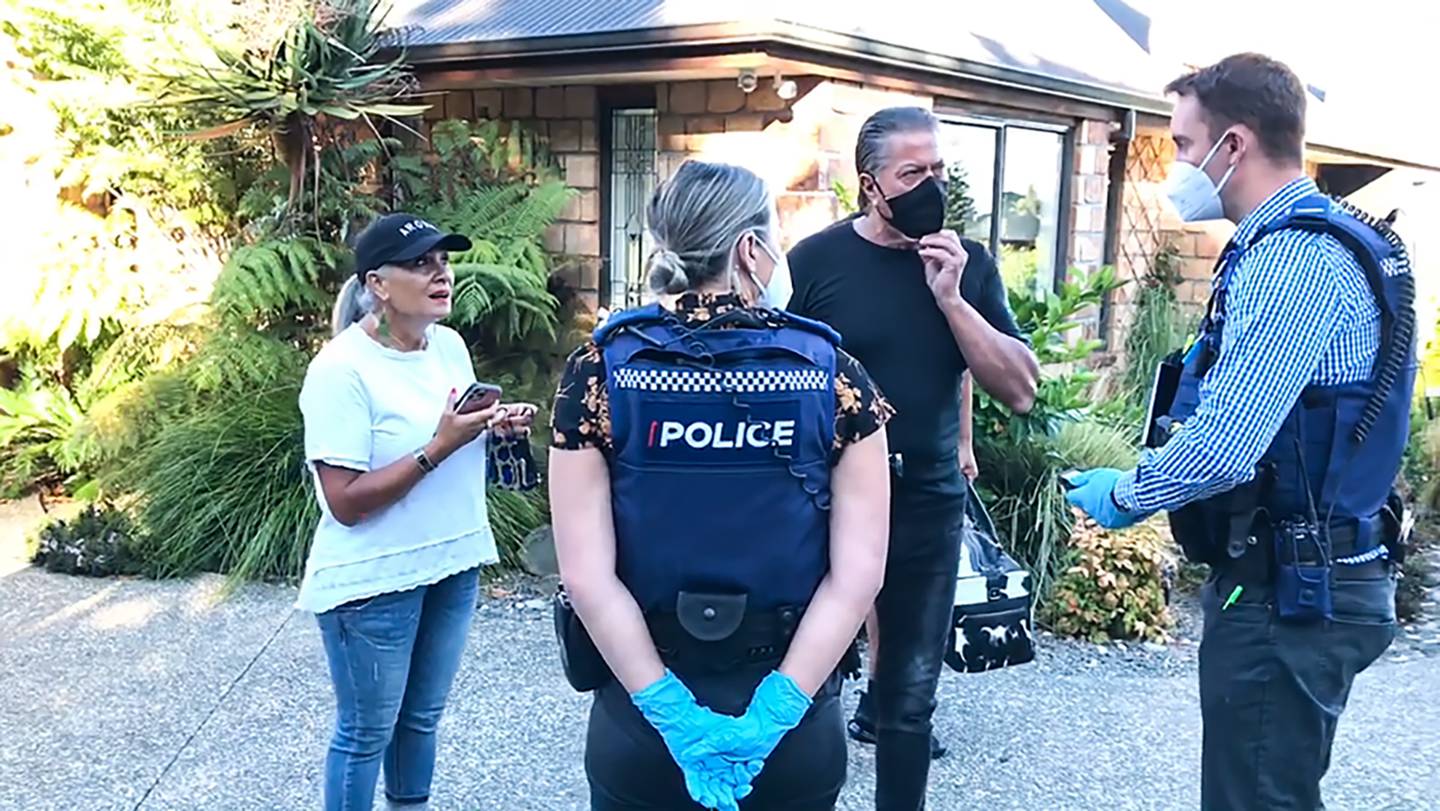 Tamaki is now on a strict 24/7 curfew at his East Auckland rural property as part of his renewed bail conditions.

"I went from one prison with four walls to another prison at home," he joked.

"I can't go out the gate, I can't go anywhere. I've got some very tight restrictions. I've got to be here whenever the police turn up but it's better than a bracelet."

Tamaki said his recent experience doing jail time was an example of the endurance needed in these challenging times.

"I was in solitary confinement but the Corrections staff were awesome," Tamaki said.

"One minute is a long time in a little cell space, a concrete room with not much else in it.

"I learned you practise many things that you so easily take for granted out here, your mentality, your mind.

"One of the things I get out of all of this is the range of experiences I've been through now in my life - I've just about been there, done that - and all in the name of our Lord. I'm standing for our freedoms and our rights and making sure we do the very best we can for God."

While unable to go into detail, he said it was a "miracle" he was released from custody.

He said it appeared a near impossible situation, but turned out in his favour thanks to his "good lawyer" and the judge.

"I had to have everything fall my way and that was an impossibility without God."

He said he was pleased to be able to work and knock around his section with his family once again.

It's two days since Tamaki left the Auckland correction facility after winning his appeal against being remanded in custody.

It came after Justice Paul Davison "quashed" the January 17 decision of a District Court Judge remanding him in custody.

Judge Evangelos Thomas had last week remanded the high-profile church leader in custody until a court appearance set down for Thursday, a decision Tamaki immediately appealed against.

In his reserved decision, Justice Davison granted bail under the same conditions imposed by Justice Venning's December 17 judgment, alongside additional conditions, including a 24-hour curfew requiring Tamaki to remain at home.

Tamaki was also not to hold gatherings at his home for the purpose of organising, attending or encouraging noncompliance with the Covid-19 Public Health Response Act 2020.

The bail conditions would remain in place until Tamaki's charges were determined by the District Court or unless varied by further order of the court.

The decision said the 63-year-old's lawyer Ron Mansfield had noted that every time Tamaki was arrested, he had been fully co-operative and the court could have confidence he would comply with a bail condition imposing a restrictive 24 hours curfew.

However, Crown Prosecutor David Johnstone noted that - given Tamaki's "continued unwillingness to comply with his bail conditions" - the court could have no confidence that he would treat a curfew condition "any less flippantly" than he had previously treated other bail conditions.